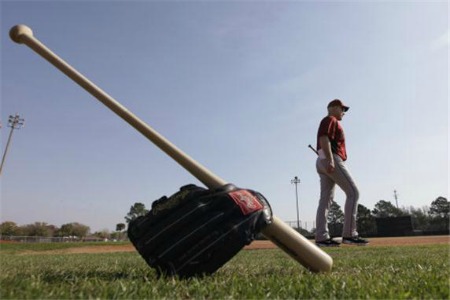 “In baseball, you can fail 70 percent of the time and still be considered a strong player,” says Terry Jones, founder of Travelocity.com and founding CEO of its competitor, Kayak.com.

“Why is it that businesses give an employee with a new idea just one chance?” asks the author of “On Innovation,” (www.jonesoninnovation.com), a new book filled with 72 deceptively simple ideas for stimulating innovation.

Pitchers lose games, batters strike out, fielders make errors. Instead of firing them or sending them back to the minor leagues, managers study what went wrong. CEOs need to do the same thing, Jones says.

“Kill the project, not the person,” he says. “Instead of telling Bob, ‘You’re done,’ they should tell Bob, ‘The project’s dead. What do you want to do next?”

To succeed today, businesses absolutely must be innovative, and they can’t be if they’re unwilling to have some failures, Jones says.

“Too many companies punish failure and fail to adequately reward success. How does that motivate the employees with great new ideas?”

Jones suggests these other baseball analogies that will help any business score on innovation:

• Know that your home-run hitters will strike out a few times. The people coming up with the radical new ideas that account for big, transformative innovation aren’t going to hit a home run every time – and neither did Babe Ruth. In fact, Babe Ruth had more strike-outs than home runs. While radical successes, like Dyson using its vacuum technology to create restroom hand-dryers, account for only 10 percent of innovation, they produce about 70 percent of a company’s future revenue. So allow your home-run hitters their swings and misses.

• Watch the game tapes. Sports teams fanatically analyze every aspect of losing games with the same process and vigor they use for winning ones. The Federal Aviation Authority has a painstaking process for analyzing every airline incident and crash. As a result, its safety record gets better every year. Look for solutions when something goes wrong — not where to lay the blame. Inspect the process, find the defect, and strategize how to make it better. (Note: If the same people keep making the same mistakes, arrange for training, counseling or, if that fails, a bus ticket out of town.)

Innovation is about responding to needs instead of trying to dictate them, Jones says. Companies need to listen to their customer service complaints: What are customers saying that can help improve your product or process? And they need to talk about the crazy ideas — including those that seem too simple to succeed.

“Proctor & Gamble made diapers and cleaning products,” Jones notes. “Someone suggested putting a diaper on a mop handle and voila! The Swifter!”