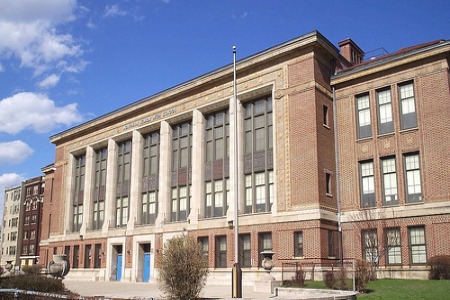 Addition of new preschool classrooms, as well as announcement of art and music expansion plans and new parenting programs, mark the first initiatives launched as part of the district’s ambitious five-year Strategic Plan

The DPS Universal Pre-K Program will add 25 new early learning classrooms to 14 sites geographically spread across the city, including 12 classrooms in five new DPS Early Learning Neighborhood Centers. In total, DPS will operate 215 Pre-K classrooms at 70 schools with a capacity for 3,530 young learners.

The plan also includes moving an additional 21 Pre-K classrooms into DPS schools to create a more seamless transition to DPS kindergarten. The programs were operated by DPS within district-authorized charter schools, Educational Achievement Authority schools, or buildings that are closing during the 2012-2013 school year.

“Quality Pre-K programs help children learn to read before 3rd grade, which is a critical achievement. We know that students who can read by 3rd grade will stay engaged in school and graduate at much higher rates,” said Karen Ridgeway, Superintendent of Academics for Detroit Public Schools.

In tandem with the announcement, DPS officials unveiled plans to aggressively retain children from the district’s Pre-K programs in its general academic programs, which will aid the district in enrollment stabilization and set the foundation for students to be better-prepared to enter kindergarten. Currently, the district loses about a third of Pre-K students before first grade and half of preschool students by third grade.

In addition to the 46 new preschool classrooms, the retention plan includes:

New Preschool classrooms will be located at the following sites:

· Academy of the Americas

In keeping with the district’s strategic plan, officials on Tuesday also announced plans to add new music and art enrichment programs throughout DPS beginning in the Fall of 2014.

A Request for Qualifications (RFQ) was released on June 24 using the District’s Strategic Sourcing process, with responses due July 23. The strategic plan calls for an art/music enrichment program for every elementary school student, partnering with individuals and agencies with a proven track record in Detroit.

Also initiated under the strategic plan, the district unveiled plans for a new Parent University and Parenting Home Visits that are part of the district’s extensive parent engagement initiatives. Parent University will feature a professional development curriculum tailored for parents, internships, and the formation of a collaborative of support organizations for parents of students from Head Start to college. The Home-School Visitation program will strengthen the relationship between teachers and parents for improved academic and behavioral outcomes. These programs are modeled in Boston and California, respectively.

Parents can apply at their local DPS School. Requirements for enrollment: child’s birth certificate, immunization record, and proof of income. Students must be 4 years of age by
November 1. For more information, call (313) 347-8923.