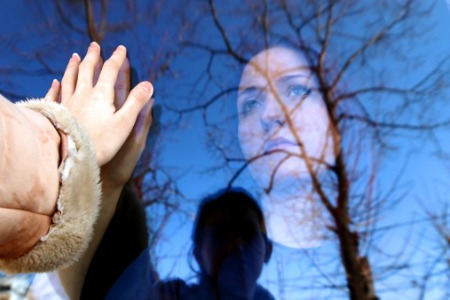 The sound of silence was the most haunting for Thelma Zirkelbach on her first night home after her husband’s death.

“I’d lost my husband, but I hadn’t lost his voice, I told myself,” says Zirkelbach, who had spent so many nights the previous year at hospitals with her husband Ralph, who died not long after being diagnosed with leukemia. “I picked up the phone and there was no dial tone. If the phone was dead, Ralph’s voice would be gone forever.”

Through her panicked daze, after having sunk to the floor with her spirits, she realized the phone jack was unplugged. She plugged it in and heard his voice one more time through the answering machine. It would be the first thing she fixed around the house without Ralph’s help in decades.

“There were many moments like that in the year after his death. One of the things I had to learn was to find help from many people, whereas for most of my adult life I had the help of many in one man,” says Zirkelbach, author of “Stumbling Through the Dark,” (www.widowsphere.blogspot.com), a memoir about an interfaith couple facing one of life’s greatest spiritual challenges.

Loving couples wince at the thought of losing their spouse and may even deny the idea despite a terminal medical diagnosis, but accepting the possibility helps in preparing for the years that follow, says Zirkelbach. She offers the following tips for doing that:

• Consider the best way for all loved ones to say good-bye: Ralph’s family comes from an evangelical Christian background, whereas Thelma is Jewish. Memorial services are designed for the surviving family and friends, and Zirkelbach held a service at her synagogue, which was filled with friends and colleagues. “Make sure you do all you can to best say goodbye in your own way, which may include your religion or some other ritual,” she says.

• Take stock of the necessary services you’ll need to replace: In many ways, Ralph was an old-fashioned Midwesterner who was a handyman around the house, moved heavy boxes, dispensed with unwanted critters like cockroaches, and acted as a one-man security system. He also provided smaller services in which a companion can help, such as fastening necklaces. Since Ralph’s death nearly eight years ago, Thelma has hired her current handyman, air conditioning technician, accountant, financial advisor and attorney.

• No matter how independent you are, accept the fact that you may need emotional support: Soon after her husband’s death, Zirkelbach joined a support group for widows and widowers and found solace in the company of others who had loved and lost. At one point, the group leader connected with members by saying they were blessed to have loved someone enough to mourn them. “His statement turned grief on its head,” she says.

• Nurture your spiritual life: “I have become ‘more Jewish’ during my widowhood,” she says. “When I was a child, Judaism was part of the background of my life, like the Muzak you hear in elevators but don’t really listen to.” Now, however, religion has moved to the forefront of her life, and she adds she is thankful for the strength her faith has given her. “Yes, in spite of loss, I have still found joy in living,” she says.