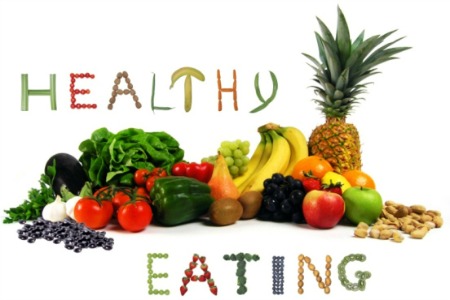 Last week I talked to four different people on four separate occasions about how they knew what to eat but couldn’t seem to get it together. “I know I’m not suppose to drink so much coffee, it’s yellowing my teeth so bad,” my aunt claimed. “I should drink more water, I know it’s good for my skin,” another friend concluded.

It made me think of regret. Regret is the worst physically-tasking emotion since there isn’t a damn thing we can do about the past. Kanye West knows what he’s talking about when he voices he had no regrets. Missed opportunity can haunt us for the better part of our lives and can weigh down our hearts, body and minds. “If I could just…” has nothing to do with discipline; it is simply the result of a previous lack of stick to it-ness.

I was challenged this week when asked to pitch in with other parents on snacks for a T-Ball league my daughter had joined. Most parents were willing bring processed and convenient foods like Hot Dogs, chips and juice boxes. The coach, who suggested we bar-b-que, had coaxed his wife into bringing a grill to every game last year. Mind you, both the coach and his wife are morbidly obese; like me, more than 50+ pounds outside of their body’s comfort zone. Then they teenage daughter shows up, she too, size 24plus, swollen from the same diet of so many of us. When I mentioned a healthy snack like carrots or apple slices, another parent said she’d bring fruit snacks.

This situation of whether to eat what I know is best versus doing what the majority easily does has applied in my business, my family, my love life and most recently my daughter’s health. I had started this challenge and it was forever kicking my butt, putting me out there as someone that wasn’t normal, beyond what’s acceptable. I had some regrets about this healthy living challenge.

Many of my family members are consumed with all the things they shoulda done, coulda done, or woulda done. Certain members cast blame of their declining health on other family members while accept their teeth rotting, hair falling out and feet swelling simply as a way of life.

Taking all of this in, I decided to follow my new healthy-eating passion instead of my fear. Hell, I wanted to be accepted by these other parents but I also wanted to be bold and courageous when it came to my daughter’s health. I immediately went online and searched for vegan snacks specifically for little league games and I came away with some great and easy ideas: grapes – homemade trail mix – raisins – lettuce wraps – apple slices – popcorn. I had to be creative and sometimes being creative comes off as being weird and not normal.

But normal people – those shoulda coulda woulda folks – are not me. I’m destined to leave an indelible mark on my friends and family, as long as I can stick to it long enough to make it happen. No more regrets. I’ll never know what I’m truly capable of until you unshackle this weight and in my family and my T-Ball league, that means giving yourself permission to be different.

When I look back on it all the Summer-filled family gathering and the ribs and mayo-laden potato salad I ate over the many years, I don’t wish I’d eaten more hamburgers. I wish I would’ve eaten more spinach salad and grilled red peppers instead. What will matter is how I eat for MY heart, MY liver and MY pancreas so they can work at their full potential. So, wish me luck this weekend, when I get to the game on Saturday, I hope I’ll have more supporters and fewer eye-rolling kids.

When it’s all said and done, it’s not easy to have the courage and conviction not eat the processed foods. My suggestionthis week: stop going along with the crowd. You won’t regret it.