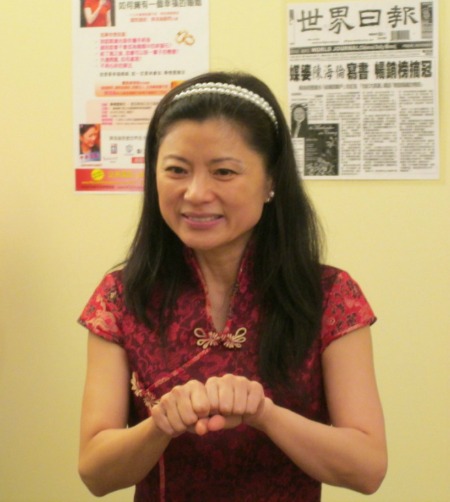 Entitlement is defined as the guarantee of access to benefits based on established rights (Wikipedia).

In recent years, this term has surfaced in many political discussions as many Americans are finding that entitlement programs encourage non-production and non-contribution, a departure from the initial objective of helping the underserved.

In fact, a whole generation of Americans – Generation Y – has been labeled as the ‘entitlement generation’ and the overwhelming criticism is that this generation has been raised on conspicuous consumption, without making any worthwhile contribution back to society. It is the prevalent “you-owe-me” attitude that is preventing many young adults nfrom learning about accountability.

So does ‘entitlement’ creep into the marriage institution as well?

A survey done by the National Institute of Marriage, among 270 people, revealed that one of the items people want most out of their marriage is “unconditional acceptance.”

Husbands and wives would like their better halves to accept who they are – with no condition imposed upon them.

So does that mean that most people would like another to accept their faults, and yet accepting another’s faults is not part of the discussion?

Marriage expert and bestselling author, Hellen Chen, whose relationship advices have been published in publications in 18 countries, chimed in, “It is a typical reaction among quarreling couples ‘Why should I change? Why can’t he or she change first and be nicer?’ What most people do not realize is, you can insist another person change for you. But you will also have to be prepared that in that insistence, this marriage could be lost and still the other person did not change.”

It is no difference than insisting the welfare system to give entitlements first or while working, insist not to do more than the scope of one’s job, curbing the willingness to over-contribute. Unfortunately, in the free market, there will always be someone who is more willing to contribute more and who could take over this job position. The result is no job.

“Giving is a very natural part of all of us. Since when we were young, we give – whether it is giving smiles at our mom or caring for another person, children can do it unconditionally and without hesitation.” Said Chen.

According to Chen, wrong education has taught men and women to start minding who had given more, to compare vigorously — lest one “be seen as the fool by giving too much.”

In a recent article from Huffington Post, gray divorce – divorcing after 50 – is a trend that has reached record heights for baby boomers.

Chen has counseled many men and women in their marriage issues. She has often heard this type of argument as shared by an attendee of her marriage workshop.

“I have been making money to support the family and raise my children. My husband’s business is not financially sound and so the whole family’s finance is resting on me. It is unfair to still expect me to be a loving wife when I get home. I am just so exhausted.” Said Lan, who has been married for 30 years and whose is considering to divorce her husband due to his infidelity issues.

“There is no right or wrong in love, what is fair or not fair. This is not a case where one could judge like in a courtroom.” Said Chen, “We are being conditioned to always look at what we lose – whether it is pride or money or reputation etc. But we do not look at what we gain when we do practice understanding and extending our hand out to another.”

In addition to being interviewed by over 200 media publications, TV and radio networks around the world, Chen has devoted her time to hold Love Workshops to give singles and couples a hands-on opportunity to practice the skills they need to create a happy marriage.

Chen cited the often overlooked fact that no one is born to be a natural wife or husband. And that if one would spend time to learn about how to drive a car or new computer programs, why wouldn’t one spend time to learn how to manage a life-long affair like a relationship?

In conclusion, Chen said, “We are familiar with JFK’s famous quote ‘ask not what your country could do for you.’ In the case of marriage, giving is not about compromising or being seen as the fool. It is often about rising above our often self-imposed limitations. And guess what, the person who gives will always end up as the winner.”