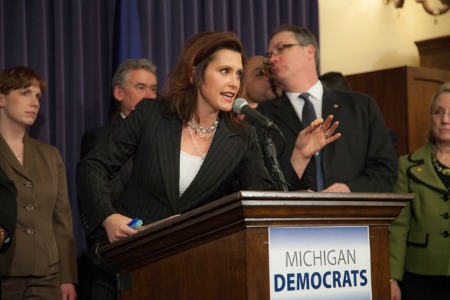 Senate Democratic Leader Gretchen Whitmer released the following statement in regard to this morning’s United States Supreme Court ruling on the federal Defense of Marriage Act of 1996, which denies federal benefits to gay and lesbian couples married in states that allow such unions. The court found the law to be unconstitutional based on violations of equal protection principles.

“Today’s ruling is a proud step forward for our nation and affirms the belief that love, not politics, should be the only factor that determines whether any two Americans choose to get married. I was proud to sponsor legislation to recognize same-sex marriages here in Michigan and now, with today’s ruling from the Supreme Court, it’s clear that it’s time to move forward on that process to ensure that same-sex couples have the same rights, opportunities and protections as everyone else in our state.”