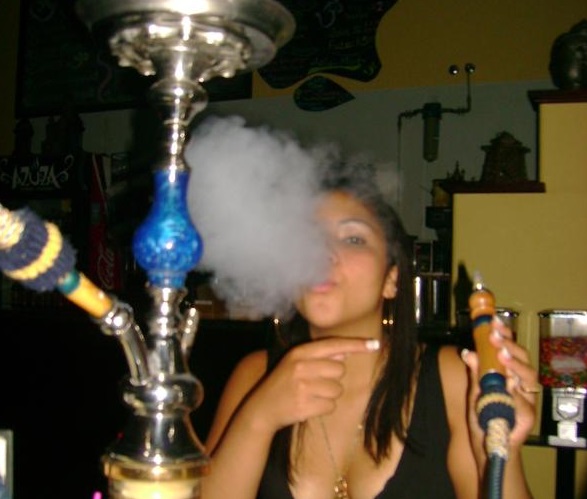 Concerts and parties are among the most popular young adult hangouts. But that age group is beginning to show an increasing interest in hookah
lounges as another option.

A hookah is a water pipe used to pass charcoal heated air through a
tobacco mixture ending in a water-filled chamber the user inhales
through a tube and mouthpiece. Hookah use is seen among teens as an
emerging trend that will only continue to grow over time.

Due in part to the attraction of the many flavored tobacco options,
studies from the American Lung Association reveal hookah use is
quickly becoming one of the world’s largest tobacco epidemics.

There has been an increase in hookah use around the world. In 2006,
an estimated 300 lounges were in operation in the U.S. The Michigan
Department of Community Health recognizes that hookah lounges and
bars are a growing issue in Michigan. “Hookah lounges can operate
legally under a tobacco specialty retail store exemption. Currently,
Michigan has roughly 200 of those exemptions, many of which are
hookah lounges or bars,” says Angela Minicuci, public information
officer, Michigan Department of Community Health.

“People make their own decisions, but with the lack of information
in today’s society many smokers are misinformed to believe hookah
smoking is a healthier and less addicting alternative to
cigarettes,” says Samuel Fawaz, M.D., internal medicine, Beaumont
Hospital, Royal Oak.

While hookah smokers often mistake this practice to be less harmful,
hookah smoking and cigarettes actually carry many of the same health
risks including lung cancer and respiratory disease.

Typically practiced in groups, the same mouthpiece is passed from
one person to the next making hookah smoking a fun, social activity
for teens and their friends. “It’s not just the harmful elements
of nicotine and charcoal carcinogens that people should be aware
of,” adds Dr. Fawaz. “Many smokers don’t realize they are
facing the risk of transmissible and communicable diseases such as
oral cancer, herpes and tuberculosis when they share the mouthpiece
with others.”

“There are many ways we can help slow the growing trend of hookah
use in our community,” advises Dr. Fawaz, co-founder and organizer
of the Hookah Community Coalition. “With the expansion of our
local partnerships, we plan to educate kids, teachers, parents,
college students and the general public of the growing epidemic
through multiple avenues including campaigns and seminars provided
specifically in middle and high schools across Southeast
Michigan.”