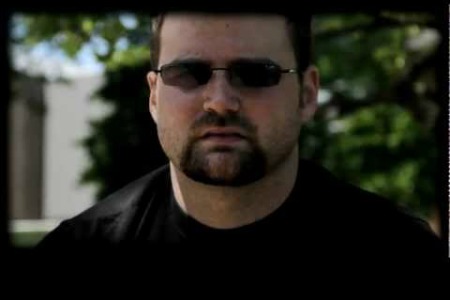 DETROIT — Cornelius Porter III wants you to understand. After serving
five years in the United States Army, the former military field
artilleryman is working to dispel stereotypes and educate the masses on
what veterans go through while finding their way back to society.

Porter’s newly completed documentary, “Back Home – A Tale of a Warrior’s
Battle,” is the filmmaker’s poignant attempt to promote understanding and
smooth the transition for his fellow comrades.

“They’ve left the war; but the war hasn’t left them,” explained Porter who
earned a bachelor of public affairs degree from Wayne State University and
is now on his way to his alma mater’s law school in the fall.

Recounting horrific warfare experiences of loss, injury and sacrifice with
a military stoicism that belies the post-traumatic stress that continues
to impede their daily functioning and interpersonal relationships – the
soldiers take viewers on a disturbing journey that is a veteran’s reality.

“For us vets, for us combat guys, the war really doesn’t start until you
come home,” expounds Simon during the documentary.

Possessing a first-persons recount of civilian assimilation, and a
certificate in filmmaking from the Motion Picture Institute of Michigan,
Porter carried with him the desire to produce a documentary, but needed
direction and connections.

The former soldier turned to his college’s Blackstone LaunchPad program
for help. Funded with a grant from the Blackstone Charitable Foundation –
which Wayne shares with Walsh College – Blackstone LaunchPad provides new
venture assessment, mentoring and networking services to the campus
community to encourage entrepreneurship as a viable career path, help
individuals start new companies and take untested ideas to market.

“Blackstone LaunchPad gave me guidance and stayed on me to do the business
aspect of my documentary,” said Porter.

With a student veteran population numbering more than 500, Porter found
the subjects of his documentary though Wayne State’s expansive veteran’s
organization. “At Wayne state our attrition rate and graduation rates for
vets is above the state average,” said Porter who credits the university
with providing outstanding services for its student veterans.

“We are honored to have an opportunity to help guide a project that
promotes understanding of the difficult obstacles facing our returning
vets. Their dedication, passion and sacrifices are insurmountable; we owe
them a debt of gratitude,” said Aubrey Agee, Wayne State Blackstone
LaunchPad senior program administrator.

Porter’s documentary has won rave reviews from students, professors and
friends who have had the opportunity to view his work on Wayne’s campus,
at Oakland University and at its sold-out premiere at Emagine theater in
Royal Oak. His marketing plans include distribution to additional colleges
and universities, churches and eventually selling his documentary on
Amazon.

“I am happy and pleased to have served,” said Porter. “Civilians never see
what happens to guys when the war is over. You feel lonely and feel that
people don’t understand you and you feel distant even when people are all
around. My family didn’t know I felt distant. I had better communication
with those I actually served with.”