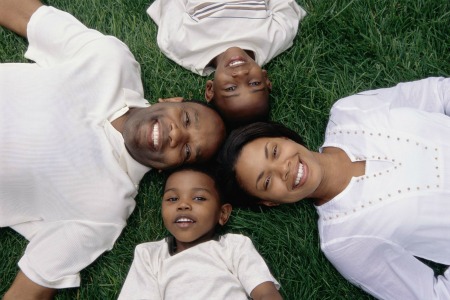 Two-thirds of baby boomers will inherit a total $7.6 trillion in their lifetimes, according to the Boston College Center for Retirement Research — that’s $1.7 trillion more than China’s 2012 GDP.

But they’ll lose 70 percent of that legacy, and not because of taxes. By the end of their children’s lives — the third generation — nine of 10 family fortunes will be gone.

“The third-generation rule is so true, it’s enshrined in Chinese proverb: ‘Wealth never survives three generations,’ ” says John Hartog of Hartog & Baer Trust and Estate Law, (www.hartogbaer.com). “The American version of that is ‘shirtsleeves to shirtsleeves in three generations.”

There are a number of reasons that happens, and most of them are preventable say Hartog; CPA Jim Kohles, chairman of RINA accountancy corporation, (www.rina.com); and wealth management expert Haitham “Hutch” Ashoo, CEO of Pillar Wealth Management, (www.pillarwm.com).

How can the current generation of matriarchs, patriarchs and their beneficiaries beat the odds? All three financial experts say the solutions involve honest conversations – the ones families often avoid because they can be painful – along with passing along family values and teaching children from a young age how to manage money.

• “Give them some money now and see how they handle it.” Many of the “wealth builders,” the first generation who worked so hard to build the family fortune, teach their children social responsibility; to take care of their health; to drive safely. “But they don’t teach them financial responsibility; they think they’ll get it by osmosis,” says estate lawyer Hartog.

If those children are now middle-aged, it’s probably too late for that. But the first generation can see what their offspring will do with a sudden windfall of millions by giving them a substantial sum now – without telling them why.

Child A will get his inheritance in a restricted-access trust.

• “Be willing to relinquish some control.” Whether it’s preparing one or more of their children to take over the family business, or diverting some pre-inheritance wealth to them, the first generation often errs by retaining too much control, says CPA Kohles.

“We don’t give our successor the freedom to fail,” Kohles says. “If they don’t fail, they don’t learn, so they’re not prepared to step up when the time comes.”

In the family business, future successors need to be able to make some decisions that don’t require the approval of the first generation, Kohles says. With money, especially for 1st-generation couples with more than $10 million (the first $5 million of inheritance from each parent is not subject to the estate tax), parents need to plan for giving away some of their wealth before they die. That not only allows the beneficiaries to avoid a 40 percent estate tax, it helps them learn to manage the money.

• “Give your beneficiaries the opportunity to build wealth, and hold family wealth meetings.” The first generation works and sacrifices to make the family fortune, so often the second generation doesn’t have to and the third generation is even further removed from that experience, says wealth manager Ashoo.

“The best way they’re going to be able to help preserve the wealth is if they understand what goes into creating it and managing it – not only the work, but the values and the risks,” Ashoo says.

The first generation should allocate seed money to the second generation for business, real estate or some other potentially profitable venture, he says.

Holding ongoing family wealth meetings with your advisors is critical to educating beneficiaries, as well as passing along family and wealth values, Ashoo says. It also builds trust between the family and the primary advisors.

Ashoo tells of a recent experience chatting with two deca-millionaires aboard a yacht in the Bahamas.

“They both built major businesses and sold them,” Ashoo says. “At this point, it’s no longer about what their money will do for them — it’s about what the next generations will do with their money.”