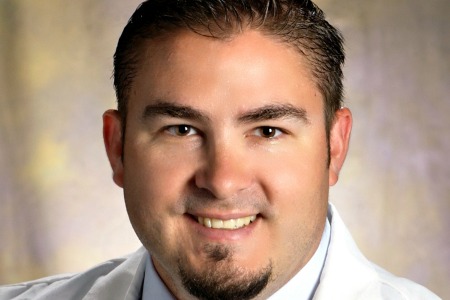 After three years of research, a multicenter, national research study led by Beaumont orthopedic surgeon and sports medicine specialist, Joseph Guettler, M.D., may have some answers as to why youth baseball pitching injuries continue to rise despite the implementation of nationally recommended pitching limits. In fact, serious pitching injuries requiring surgery have skyrocketed with one estimate reporting serious throwing injuries are occurring 16 times more often today than just 30 years ago.

Joseph Guettler, M.D.
Beaumont Sports Medicine
“Our research team and colleagues from around the country, saw several recurring themes,” says Dr. Guettler. “It became very clear that dangerous pitching behavior is occurring among pitchers as young as little league all the way through their high school years. And, the blame doesn’t usually lie with the leagues or coaches. Most were found to be adhering to nationally recognized guidelines for pitch limits and rest. It seems much of the blame lies with behavior of parents and their kids.”

Pitching for more than one team during the same season
Pitching more than one game during the same day
Pitching on back-to-back days
Pitching in a league without pitch counts or playing year-round
Throwing curve balls before high school
A total of 754 pitchers between the ages of 9 and 18 participated in this national youth baseball study where all regions of the United States were represented. The average age of the pitchers was 14.1. The average age of first throwing curve balls was 12.2. The boys pitched on average 5.2 months per year, and when in-season, threw 5.4 innings per week. More than half pitched for a travel club, and 41.9 percent attended a pitching camp. Most importantly, one-third of the pitchers reported having a pitching-related injury in the past 12 months, seven out of 10 reported significant arm tiredness in the past 12 months, and nearly 40 percent reported significant arm pain within the past 12 months.

To date, this is the largest study of its kind. It is also the first study to include all regions of the United States. The American Orthopedic Society for Sports Medicine sponsored the study.

Dr. Guettler says that the first step to bringing down the number of pitching injuries can be remembered with a simple, newly coined “Rule of Ones.”

It means one game a day, one day of pitching then rest, one position at a time during a pitched game, one team at a time, only one pitch before high school, and at least one season of some other organized sport. And parents, if your young pitcher mentions that his arm is ‘sore’ or ‘tired’ – let him take some time off. One complaint of arm soreness or tiredness equals on