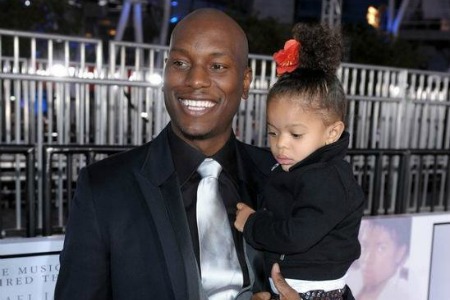 Louisville, KY- KFC and VIBE magazine recognize hard-working dads across the country through the new Fresh Fathers campaign, which emphasizes the importance of fatherhood in the urban community. The centerpiece of the program is a contest that allows families and friends to nominate dads for a chance to win a trip to Las Vegas for VIBE’s 20th anniversary, August 19-21, 2013.
Information about the Fresh Fathers campaign and contest can be found at www.VIBE.com/freshfathers, which launches today. The contest asks fans of standout dads to upload pictures and share stories about the fathers they admire.
“With Father’s Day just around the corner, this is a perfect opportunity for KFC to recognize all the great dads out there,” said Jason Marker, Chief Marketing Officer for KFC U.S. “We’re thrilled to partner with VIBE magazine to give some of these fathers the recognition they deserve, and we’re always happy to provide a bucket of Kentucky Grilled Chicken to give dads the night off from grilling.”
KFC and VIBE magazine developed a custom video series celebrating famous fathers. . The microsite includes an exclusive original series called “The Convo” that features intimate one-on-one conversations with Tyrese Gibson, star of the current box office hit Fast 6. In the segments, Tyrese speaks on his diverse career and dedication to his daughter. “It’s our responsibility as fathers to create the standards in our children’s lives,” said Tyrese..
Other celebrity dads featured on the microsite include Ne-Yo, The Dream, Snoop Dogg, Boris Kodjoe and Raheem Devaughn.
Family members and friends interested in nominating dads for an expenses-paid VIP trip to Las Vegas should visit www.VIBE.com/freshfathers and upload a video or picture with a caption or story that highlights positive characteristics and qualities of a dad. The contest starts June 10, 2013 and ends July 16, 2013. Complete rules are available at the web site.
For dads who need a grill-free night , effective today KFC is offering a Kentucky Grilled Chicken deal for just $3.99 plus tax (for a limited time at participating locations). The meal includes two pieces of KFC’s grilled chicken – famous for its flavorful, fall-off-the-bone taste – one side item and a biscuit.