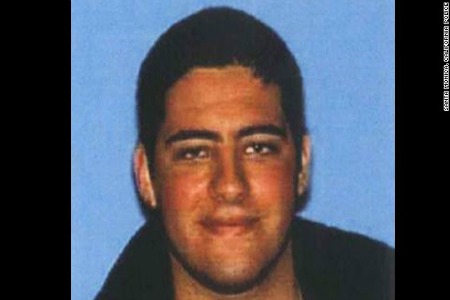 He had multiple firearms and about 1,300 rounds of ammunition. Also, apparently, he had the capacity to kill.

Police say he killed his father and brother, along with three others, during a Friday afternoon rampage in Santa Monica, California.

But by some strokes of good luck, or because of quick thinking, Zawahri was not able to kill more.

“As soon as I looked him straight in the eye, I saw what he was going to do,” said Deborah Fine.

She told CNN she saw the gunman pull over another woman and hold a rifle to her head.

“I thought to myself, ‘What are you doing? Why are you pointing this gun at her?’ And so I put on my accelerator, I hit the gas, and I got in between the two of them,” she said.

The bold move quickly turned the gunman’s attention to Fine.

“I’ll never forget his eyes. They were just so intense and so cold,” she said.

Bullets struck Fine three to four times across her body.

She balks at the idea that anybody might call her a hero.

“It really was just an anger that came over me that he wouldn’t leave her alone, and she was young,” said Fine, a mother of twins.

Laura Sisk was the woman Fine saw get pulled over.

“He just appeared in the middle of the road,” Sisk told CNN’s AC360 Monday night.

He screamed at her to get out of the car and to pick up a heavy bag of his off the ground and put it in her car.

“I suggested he take my car and go. He didn’t like that idea and said that I was going to drive him and made me get in. And then he got in after shooting a little bit more,” Sisk said.

During the drive, he gave her directions — go right, go left, go straight. At an intersection, he opened fire on a bus.

Sisk said she was shaking hysterically. The gunman kept telling her to calm down.

Police say the spate of violence that left this beachfront city reeling on Friday involved as many as six incidents over 13 minutes.

It started at the Zawahri family house on Yorkshire Avenue shortly before noon and ended a mile away in the college library where students were studying for finals.

Officers were dispatched to the house to respond to reports of shots fired. There, they found the 1,000-square-foot home in flames.

Inside, firefighters would later find two bodies in a back room — those of Zawahri’s father, Samir, and his brother Chris.

Both had been shot.

Outside the house, police came across Fine.

She had interrupted the gunman’s carjacking, but his rampage was just beginning.

He got into the vehicle and forced Sisk to drive the short distance to Santa Monica College, which Zawahri attended as recently as 2010.

During their ride, 911 calls poured in, keeping police on the gunman’s path.

As the car headed toward the campus of the community college, where 30,000 students are registered, he opened fire on a passing bus, slightly wounding three people.

He then got out and shot into a red Ford Explorer, carrying 26-year-old Marcela Franco and her father, 68-year-old Carlos Navarro Franco.

Carlos Franco worked as a groundskeeper at the college. They were on campus to get textbooks for Marcela.

“‘Broken’ is not a strong enough word to describe us,” said relative Margret Quinonez Perez.

After shooting into the SUV, the gunman abandoned his hijacked vehicle. In a stroke of good luck for the driver, he left her unhurt.

Dressed in black, the gunman then walked the campus, “shooting as he went along,” Santa Monica Police Chief Jacqueline Seabrooks said.

Outside the school library, he saw a woman and “executed her,” the police chief said.

Her death was the fifth of the rampage.

Authorities identified her Monday as Margarita Gomez. She was a resident of Santa Monica but not a student at the college.

Finally, the gunman walked into the library.

“He attempted to kill several library patrons who were hiding in a safe room. It’s miraculous that those individuals were not physically injured,” said Seabrooks.

Inside, Priscilla Morales and her fr
iends hid.

“I was so scared and thought literally I was going to die,” she said.

By then, the gunman had returned to the main area of the library and was met by three police officers.

Then she heard gunshots and a man’s screams.

“As may be assumed, I am in mourning for my family and for those who were also affected by this horrific tragedy over the past few days. I cannot express my great sadness for the families who are also suffering at this terrible time,” Randa Abdou said in the statement obtained by CNN affiliate KABC.

“I do ask the media please give me time to grieve and to come to grips with the overwhelming sorrow that has befallen all of us.”