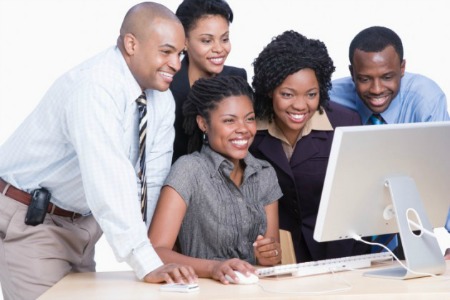 (June 10, 2013) According to a new report from the U.S. Census Bureau, black households continue to outnumber all ethnic (non-white) households that reported using the Internet. The study says 56.9 percent of all black homes — or 15.3 million — reported online access and usage in 2011. Among Hispanic households, 14.2 million reported usage, and 4.7 million Asian homes cited usage. One of the factors that has dramatically changed usage among all groups of consumers is the smartphone.

The new information comes from data collected as part of the Current Population Survey’s 2011 Computer and Internet Use Supplement, which was sponsored and funded by the National Telecommunications and Information Administration (NTIA).

“Going online is no longer a simple yes or no proposition,” said Thom File, the report’s author and a sociologist with the Census Bureau. “Different groups of people are accessing the Internet in very different ways, and these statistics give us a better understanding of how and where those connections are taking place.”

As technology has changed and evolved over the years, people have seen an increase in the variety and number of ways they use computers and access the Internet. To explore this phenomenon further, the Census Bureau designed a scale to place individuals along a “connectivity continuum.”

The connectivity continuum shows variations in adoption of these technologies, ranging from people with no Internet connection or computer, to those connecting from multiple locations and devices.

In 2011, 27.0 percent of Americans connected to the Internet from multiple locations and multiple devices. These individuals were considered “high connectivity” users. On the other end of the connectivity continuum, individuals with no computer or Internet (15.9 percent) made up the second largest group. The remaining 57.1 percent of Americans were located somewhere between these two extremes.

The information was collected as part of a July 2011 supplement to the Current Population Survey, which asked a sample of approximately 54,000 households various questions about computer ownership, Internet use and mobile device usage.