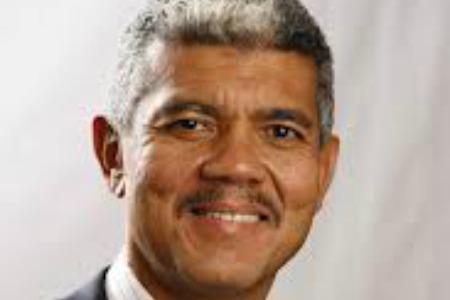 Wilson will succeed Allan Gilmour, who has agreed to serve as president until Wilson takes office. Gilmour joined the university as interim president in August 2010 and was elected president by the Board in January 2011.

“We looked at a number of outstanding candidates from around the nation,” said Dingell. “The board concluded that Roy’s extensive leadership experience—particularly in academia and medicine — will be crucial as both the state of Michigan and Wayne State grapple with changes in higher education and health care. His understanding and appreciation of the importance of a major research university is yet another reason Roy the right person at the right time for Wayne State. We are delighted that he has joined this great university.”

Wilson’s appointment follows an extensive search that began in the late fall of 2012. “The Presidential Search Committee conducted a national search that produced excellent candidates in higher education, government and the corporate world. There was a lot of interest in Wayne State University,” said Gary Pollard, vice chair of the Board of Governors and chair of the Presidential Search Committee.

As deputy director, Dr. Wilson oversees the development and implementation of an integrated system for planning, coordinating and evaluating the NIH health disparities research portfolio, in collaboration with the NIH institutes and centers. He also co-chairs the recently announced NIH Common Fund programs: the Building Infrastructure Leading to Diversity Initiative and the National Research Mentoring Network.

Dr. Wilson’s research has focused on glaucoma and blindness in populations from the Caribbean to West Africa. He holds elected memberships in the Institute of Medicine of the National Academy of Sciences, the International Glaucoma Research Society and the American Ophthalmological Society.

Dr. Wilson received his undergraduate degree from Allegheny College, an M.D. from Harvard Medical School, and an M.S. in epidemiology from the University of California, Los Angeles. He was selected for the list of Best Doctors in America for 14 consecutive years by Best Doctors Inc. and was a finalist for the Los Angeles Business Journal’s Healthcare CEO of the Year in 2011. His additional honors include the American Academy of Ophthalmology’s Senior Achievement Award, the Distinguished Physician Award from the Minority Health Institute, the Herbert W. Nickens Award from the Association of American Medical Colleges, and the NIH Director’s Award.

“I am grateful the board has asked me to serve as President, and I am honored to accept this great responsibility,” said Wilson. “Higher education is evolving rapidly, with many changes and challenges, both now and into the future. Wayne State University has a history of excellence and opportunity, and we must lead the way. I see my job as bringing us all together to build upon a rich legacy, and to position us for a successful future for the sake of our students, faculty, staff and friends, and the community and State we serve.”