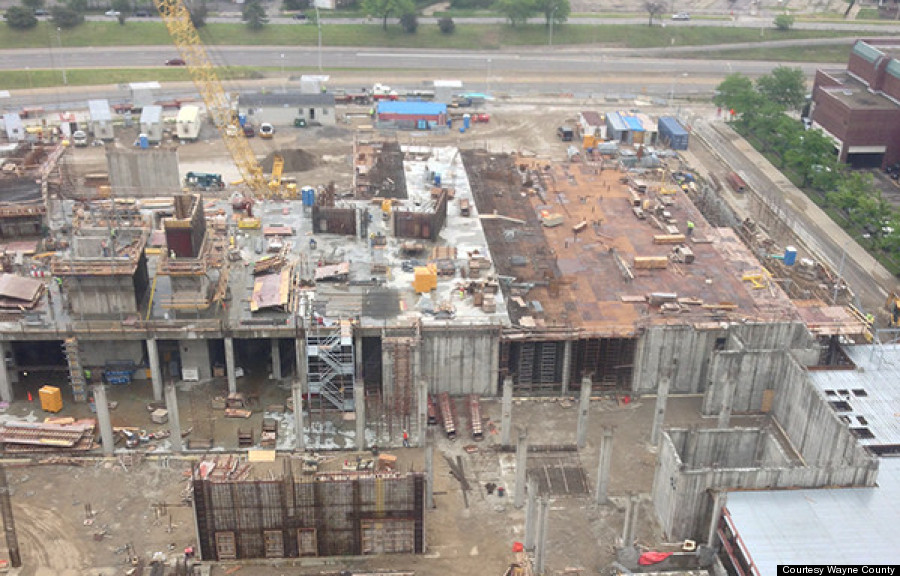 I often find myself thinking up quirky titles and headlines for my lifestyle pieces. (See “Fringe Fest,” “Hat-titude” and other bits of awesome tidbits that I’ve concocted.)

However today my creative juices were in over drive. As I skimmed through the Huffington Post article about the massive Wayne County Jail Fail and its budget woes, I had an awesome thought.

What if Dan Gilbert bought the half built debacle and turned it into a hotel, named, wait for it — “The Pen.” Get it? As in penitentiary! Genius, right?

Now, I know Dan Gilbert does not suffer from a shortage of great ideas and I’m sure has something in the works, but I’m sticking my flag on this one.

Just think, the infrastructure and plans are already half way there. I imagine cells are a lot like hotel rooms sans the windows, privacy, and mini shampoos — well OK, not exactly like hotel rooms but you see where I’m going with this.

In addition to having an interesting back story “The Pen” would have tons of cheeky amenities. Soap-on-Rope, striped sheets and a hotel bar named “The Clink” are on my list so far. Again, all genius ideas.

More than anything, “The Pen” would be a neat boutique hotel in the heart of the city, that served as a constant lesson for elected officials: Don’t bite off more than you can chew.

While I could go on for hours doing this, I wouldn’t want to give away too much.

Dan, let me know when you are ready to meet. I’ll bring the donuts.