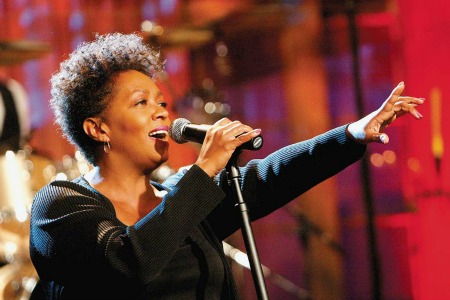 Detroit is also where techno started. This form of dance music, which is heavy on electronics, became so popular that a Techno Festival could take over the riverfront and be attended by thousands from near and far. Derrick May, Kevin Saunderson and Juan Atkins are the key techno figures.

The late ’70s to the mid ’80s was a fruitful period for Detroit bands. So many of the them had national hits, including Brainsto
rm (“Lovin’ Is Really My Game”), Chapter 8 (“Ready For Your Love”), Nature’s Divine (“I Just Can’t Control Myself”), Five Special (“Why Leave Us Alone”) and One Way (“Cutie Pie,” “Lady You Are”).
THIS IS just part of the story of Detroit music. Telling it is its entirety would require the writing of a book, one with many chapters.
Some of the other artists who must at least be mentioned: the Detroit Emeralds (“Do Me Right,” “Feel the Need in Me”), Keith Washington (“Kissing You”), Laura Lee (“Dirty Man,” “Women’s Love Rights”), Marv Johnson (“You Got What It Takes”), Millie Scott (“Every Little Bit”), Aaliyah (“Are You That Somebody?”), Dwele (“Find a Way”), (“Alicia Myers (“I Want to Thank You”), Erma Franklin (“Piece of My Heart”) and Cherrelle (“Everything I Miss at Home,” “I Didn’t Mean to Turn You On”).