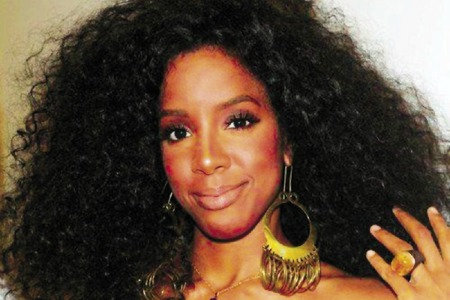 When two artists who are not known for having class get together for a performance, you can expect them to excite most of their staunch fans and simultaneously turn off — and embarrass — a lot of other people.
Such was the case when hard-core rapper/singer Nicki Minaj and gangsta rapper Lil Wayne performed at the televised Billboard Music Awards.
At one point Minaj (who gives added meaning to the phrase “baby got back”) actually gave Wayne a lap dance, and slapped her crotch for added impact!
That sort of thing is for adult clubs or private homes, not on a highly respected awards show presented by the music industry’s premier publication.
The segment concluded with Lil Wayne pointing and saying, “All that ass!”
Yes, and all that poor taste. But as the saying goes, “Consider the source.”
THERE ARE times, for some people are least, when the opportunity to be seen weekly on a popular national TV show trumps a concert tour. Kelly Rowland had been ironing out the details of a tour in support of her new album, “Talk a Good Game,” slated for June 18 release.
But then the producers of “X-Factor” (featuring Simon Cowell) contacted Rowland about being a judge on the talent competition show, and she quickly altered tour plans.
Janet Jackson says she can’t believe it’s been 20 years since the release of one of her most successful albums, “janet.” Around this time Jackson was going the sensual route more often, and here is how she explains it:
“I write about exper­iences and things that touch me deeply, I was really beginning to get in tune with my sexual self. That is what I wanted to express and I did.”
Janet Jackson: sensual. Nicki Minaj: trashy.
“MUSIC SPEAKS,” the debut album of Candice Glover, the fully deserving 12th season winner on “American Idol,” will be released on July 18. The songstress from Beaufort, South Carolina, will be making a lot of television appearances.
Meanwhile, the iconic Mavis Staples has a new album set for June 25 release titled “One True Vine.”
Speaking of veteran singers, the Sweet Inspirations will go down in history as being among the best background singers in the history of recorded and performed music. But the group never got the full promotion they deserved when they made their own records, and founding member Cissy Houston believes she knows why.
“They wanted to keep Black artists in a tidy little box,” said Houston. “Those ‘Black Music’ divisions are the clearest example that racism is alive and well in the music business.”
Well, that’s one person’s viewpoint.
The right couple sure won on “Dancing With The Stars.” Derek Hough and Kelly Pickler were consistently excellent, never once wavering. I voted for them every week.
Black Radio Exclusive magazine named Alicia Keys the Michael Jackson Entertainer of the Decade.
BETCHA DIDN’T KNOW…that the great singer Cheryl Lynn (real name Lynda Cheryl Smith) got her big break after receiving a perfect score on “The Gong Show.” Almost immediately record companies started calling.
MEMORIES: “Vision of Love” (Mariah Carey), “Rip Off” (Laura Lee), “Lovely Day” (Bill Withers), “Caribbean Queen (No More Love on the Run)” (Billy Ocean), “Outstanding” (the Gap Band), “Native New Yorker” (Odyssey), “Ain’t Understanding Mellow” (Jerry Butler and Brenda Lee Eager), “Sara Smile” (Daryl Hall & John Oates), “Ring My Bell” (Anita Ward).
BLESSINGS to Jim Campbell, McArthur Mickens, Fay Mickens, Fred Williams, Gary Brown, Montez Miller, Patricia Holsey, Tony Stevenson, Kevin Keegan, Nicholas Hood III and Ken Donaldson.
WORDS OF THE WEEK, from Rosa Parks: “You can’t expect children to know what they haven’t been taught.”
Let the music play!
(Steve Holsey can be reached at Svh517@aol.com and PO Box 02843, Detroit, MI 48202.)