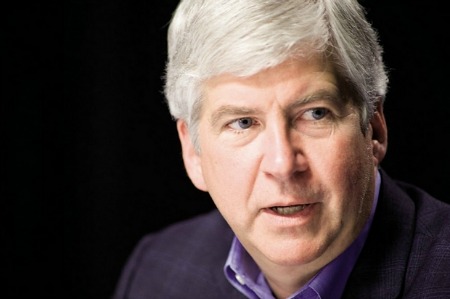 The independent, five-member Financial Review Team appointed April 17, 2013 to examine the City of Hamtramck’s finances under Public Act 436 of 2012 (Local Financial Stability and Choice Act) has concluded that a local government financial emergency currently exists in Hamtramck. City officials requested a review of its financial condition in late 2012.
The Review Team held meetings with city officials (elected and appointed), the city’s audit firm, union officials, and others with information relevant to the city’s financial condition. The Review Team’s report indicates there was essentially unanimous acknowledgement from those interviewed that a financial emergency exists within the city of Hamtramck. There was also essentially unanimous acknowledgement that despite the city’s worsening financial condition, city officials did not adequately address the condition.
In addition to the meetings noted above, the Review Team also conducted a Public Information Meeting, at Hamtramck City Hall on May 2, 2013, as required by PA 436.
In its report, the Review Team cited several conditions in reaching its conclusion, including:
• City officials had delayed making required monthly pension contributions to the Municipal Employees Retirement System of Michigan in order to manage cash flow. The amount of unremitted pension contributions was approximately $1.6 million for the months of September, November, and December 2012, and January, February, and March 2013.
• The projected General Fund deficit of $3.3 million as of June 30, 2013, exceeds 5 percent of the $16,070,514 in General Fund revenues which the City has budgeted for the 2013 fiscal year as reported in the fiscal year 2013 Executive Budget.
• A structural operating deficit has existed in the city’s General Fund during the last three fiscal years ($1.2 million in FY 2010, $341,216 in FY 2011, and $3.3 million in FY 2012).
Members of the Hamtramck Review Team include:
Ed Koryzno, administrator, Department of Treasury’s Office of Fiscal Responsibility (State Treasurer’s designee); Doug Ringler, director, Department of Technology, Management and Budget’s Office of Internal Audit Services (DTMB Director’s designee); Eric Lupher, director ofLocal Affairs, Citizens Research Council of Michigan (nominee of the Senate Majority Leader); Max Chiddister, president, Chiddister and Associates (nominee of the Speaker of the House of Representatives); and, Frederick Headen, legal advisor for the Department of Treasury.
Under PA 436, the Governor has 10 days to determine whether a financial emergency exists in Hamtramck.
For more information about Local Financial Stability and Choice Act, visit the Local Government Fiscal Health page on the Department of Treasury’s website at www.michigan.gov/treasury.