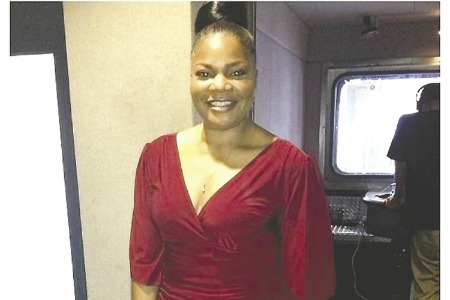 “Where Did Our Love Go?” is the classic song that ignited the Supremes’ career and at the same time sparked the Motown explosion of the 1960s.
Well, in reference to the weight loss of Mo’Nique, that song title could be altered to “Where Did Her Weight Go?” The comedienne/actress has lost 80 pounds (so far).
Good for her, but she had always given the impression that she was content with her size, even writing a tongue-in-cheek book titled “Skinny Women Are Evil.”
Then there is Star Jones who used to get angry when concerned viewers would send her diets when she was one of the ladies on “The View.” Her attitude was, “What makes you think I’m not happy now?” But next thing we knew, she was slender, with medical assistance.
And then there was the late and very talented Vesta (Williams) who indicated she was satisfied being plus-sized — then she started exercising, changed her diet and became “Slinderella.”
The bottom line is that people do not always mean what they say, no matter how vociferously they proclaim it.
LET’S HOPE it was just his youth speaking. Actor Jaden Smith, son of megastars Will and Jada Pinkett Smith, as you have probably heard, asked his parents for a bizarre birthday present on July 8 when he turns 15. (Fifteen!) According to his father, he “wants his own place.”
Dad said he appreciates Jaden’s “need for independence,” but surely the answer is going to be no. Even if it was yes, that might be illegal, not to mention incredibly shortsighted and dangerous.
John Legend’s fans are anticipating June 25 because that is when his new album, “Love in the Future,” is scheduled to be released, his first new album in five years. In the fall he will launch a major U.S. tour.
By the way, Legend’s real name is John Stephens. Not many people would have the guts (or the ego?) to make “Legend” their last name for the stage. He seems like a real nice person, though.
AND SPEAKING of John Legend, he is one of an ever-growing number of stars in the recording industry and Hollywood who are biracial. Among the others are Alicia Keys, Mariah Carey, Dwayne “The Rock” Johnson, Halle Berry, Nicki Minaj, rock guitarist Slash (from the band Guns N’ Roses), Tracee Ellis Ross, Vin Diesel, Maya Rudolph and Detroit’s own Lonette McKee.
Solange Knowles is starting her own record label, called Saint Records.
When “American Idol” returns for its 13th season, the absence of Randy Jackson, who has been there from the beginning, is not the only change. In all probably the show will return to having three judges rather than four, which makes sense, especially when there is a need for a “save” vote which decides whether a voted off contestant should be given another chance.
Tyler Perry’s mind is always working at full capacity. Now he is even thinking of making his popular “Madea” character into a cartoon series!
We all know that Lamont Dozier is an outstanding songwriter and producer. With partners Brian and Eddie Holland he wrote all of those classic hits for the Four Tops, the Supremes and numerous others. But he also had several great (and successful) recordings as an artist.
A number of years ago, a collection titled “Lamont Dozier: The Legendary Soul Master” was released in overseas markets, but is now available here as an import. Among the selections are “Fish Ain’t Bitin’,” “Trying to Hold on to My Woman” and my favorite, “Let Me Start Tonite.” All three made the national R&B Top 10.
BETCHA DIDN’T KNOW…that rap star and actor Mos Def (Dante Smith) got that name because he was in the habit of saying “most definitely.”