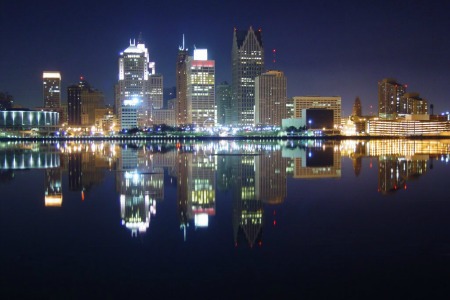 Continue to Mobilize the Neighborhoods. This is already underway in many parts of the city. An organized community is bad news for the bad guys. Forming block clubs, CB patrols are essential.
Police on the ctreets. We should continue to look for creative ways to deploy uniformed personnel.
Get the guns off the street. Access to illegal guns remains a huge problem. More gun buy-back programs, underwritten by corporate and foundation support, could be an effective tool in this effort.
Raise the volume on anti-crime PSA/media campaigns. Yes, I know we already have some of this in play — such as the 1-800 Crime Stoppers effort — but they need to be bigger and louder.
Increase conflict resolution programs in the schools. Having “beef,” or a dispute with someone, is no reason to grab a gun and blow them away. We need many more programs in schools, churches and other forums to hammer this idea home. By the way, this is an area where many adults need help as well.
Bust the dope houses. The police are on this but we need more people to point the fingers at these houses that destroy neighborhoods and lives and are at the heart of so much of the city violence.
Bring down the abandoned houses. Nothing good happens in an abandoned house or bbuilding. The city has already knocked down thousands of these homes, often breeding grounds for crime, but many more need to go.
Increase recreational opportunities and youth development programs. Among the best anti-crime programs are youth activities that expose them to positive environments, such as Selena Johnson’s Hollywood Golf Institute in Detroit or the Detroit City Chess Club, headed by Kevin Fite. Youngsters in these types of programs are less likely to be exposed to dangerous situations or to hang out with the wrong crowd.
Step up enforcement of youth curfews and anti-loitering ordinances. By city ordinance, 14, 15 and 16 year old youngsters should not be walking the street at 2 a.m. in the morning. Parents, this is for you. Too many of our local gas stations and party stores have unsavory types hanging around looking for the wrong kind of opportunity.
Jobs, jobs, jobs. Everybody know this, but working people – whether youth or adults – are less inclined to hold folks up. Local foundations have supported creating youth employment and need to continue do so. The small business community can be a great help in this area as well. Employment for those returning from the prison system must be part of this effort.
Graduate our students, continue to fight illiteracy. As we cut our high school dropout rate, we can cut crime. Along with reducing the high adult illiteracy rate, hovering in the 50 percent range for years, an education remains the best deterrent to crime and criminal behavior.
Stop supporting the culture of violence. In movies, music, television, videos and countless other ways, we embrace and glorify all manner of murder, mayhem and violence if it means making a buck. Our kids are constantly exposed this. It’s more than just entertainment. It is having a deleterious effect with some folks, not all, acting out these this madness on our streets. We can’t really change out community values as long as we open our pockets to the people who make this stuff.
Report our victories. This is where the often maligned media can have a major impact. I am not one to blame the media for the reporting of crime (there is an important public service role to be played on the issue). Local media is doing a better job in this area, but more can be done to show the successes of groups stepping up to change the community for the better. In doing so, others will be encouraged to become involved and be part of the solution.
Emphasize personal responsibility. At the end of the day, it all comes down to choices — right ones and wrong ones, good ones and bad ones and the willingness not just to say “no more,” but the willingness to do something about it.