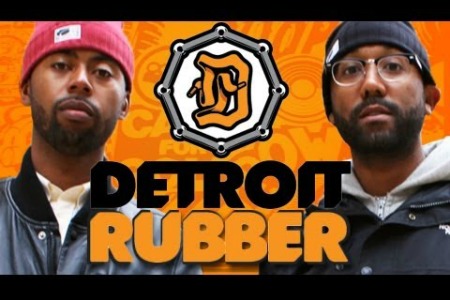 LANSING – The Michigan Film Office announced today the pilot for new a cable television series and the second season of the Internet program Detroit Rubber have been approved for film incentives from the state.

The television pilot project is a reality show following a Michigan gym owner and his staff as they work to train professional athletes and the middle-aged dads that work alongside them. Shooting in Plymouth, the project is being directed by Michigan native Chris Farah with Mike Farah and Anna Wenger producing.

“Both of these projects highlight Michigan entrepreneurs and their businesses while providing opportunities for the talented crew base we have here in the state,” said Margaret O’Riley, director of the Michigan Film Office. “It is especially exciting that Chris and Mike Farah, two talented filmmakers from our state, are bringing another project home to Michigan.”

The pilot was awarded an incentive of $78,153 on $259,922 of projected in-state expenditures and expected to hire 35 Michigan workers with a full time equivalent of 2 jobs.

Detroit Rubber Season 2 was awarded an incentive of $68,348 on $235,987 of projected in-state expenditures. The project expects to hire 20 Michigan workers with a full time equivalent of 1 job.

Detroit Rubber follows Rick Williams and Roland “Ro” Coit, owners of the Royal Oak sneaker shop Burn Rubber and boutique two/eighteen. The show will continue to highlight these Michigan entrepreneurs as they balance family, a growing business and day-to-day struggles.

Michigan native Christos Moisides will serve as director and producer on the project with executive producers including Marshall Mathers and Paul Rosenberg from Shady Films and Evan Bregman, Ben Silverman, Montrel McKay and Danny Lee from Electus. The eight episode show will again air on the premium YouTube channel LOUD, which has more than 135,000 subscribers and 1.5 million views each week.

Pure Michigan is a brand on the rise, representing business, talent and tourism initiatives across Michigan. These efforts are driven by the Michigan Economic Development Corporation, which serves as the state’s marketing arm and lead agency for business growth, jobs and opportunity with a focus on helping grow Michigan’s economy.

For more on the MEDC and its initiatives, visit: MichiganAdvantage.org. For Michigan travel news, updates and information, visit michigan.org.