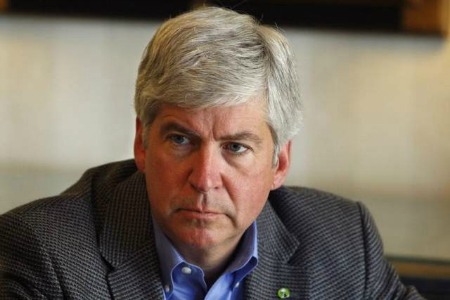 Michigan Senate Democrats called on Governor Snyder today to explain comments from his Chief of Staff that were uncovered by The Detroit News’ continued investigation into his secretive “Skunk Works” group. In an e-mail obtained via FOIA, Snyder’s Chief of Staff Dennis Muchmore was quoted as saying, “Frankly, there’s nothing I enjoy more than seeing the education community in a fratz.” This comment makes it clear that despite Governor Snyder’s claims that the group’s goal was to improve technology in the classroom, it instead was part of the administration’s ongoing efforts to attack Michigan’s public education system.

“How can the Governor believe he has any credibility with our students, parents or teachers when his Chief of Staff is found to be expressing excitement over their plans to attack and end public education as we know it,” said Senate Democratic Leader Gretchen Whitmer (D-East Lansing). “I’m outraged as both a legislator and a mom by the Governor’s duplicitous actions and his administration’s conspiracy to defund our schools.”

“Every day, we are finding out more and more about the true subversive intent of the Skunk Works group and the Snyder administration’s level of involvement in it,” said Senator Glenn S. Anderson. “This was a nefarious plan to overthrow our public education system and put more money into the pocket of corporate interests and for-profit schools. The Governor needs to come clean once and for all and either admit the Skunk Works’ true ulterior agenda or disavow its efforts altogether.”

“If the intent of Skunk Works was to provide our students with a better education, the only lesson they’ve learned is that some people are more interested in playing political games and attacking teachers than working on legitimate policy solutions,” said Senator Morris Hood III (D-Detroit). “Governor Snyder needs to shed the full light of day on this project now and come clean about his and his administration’s involvement. We need full transparency if we’re going to make meaningful reform.”

E-mails recently uncovered as part of the ongoing investigation into the Skunk Works group show that the administration was not truthful about its own involvement in the controversial project. While the Governor initially denied any major involvement in the group’s efforts, e-mails show his administration was directly involved in putting the group together and advancing its work.

“Governor Snyder has a serious trust issue both inside the Capitol and around the state and it’s time for him to start telling the truth if he wants to rebuild that,” added Whitmer. “Whether or not the Governor condones these offensive comments coming from his top aide, it’s now perfectly clear that his administration’s agenda has been driven by a politically motivated assault on education from day one.”

“Governor Snyder’s administration claims to be concerned about what is best for our students. If that were the case they would be properly funding our public schools and heeding warnings from the education community about their ill-advised strategies,” said Senator Hoon-Yung Hopgood (D-Taylor). “Instead, they are focused on backroom deals and forcing our public education system to crumble.”