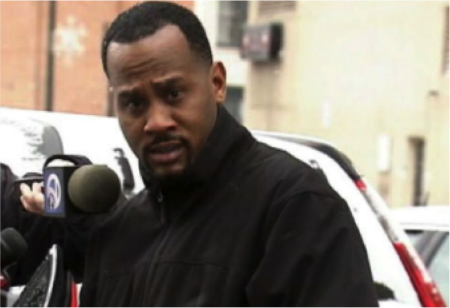 A former Highland Park Police officer pleaded guilty today to conspiring with three other police officers to protect shipments of cocaine and to take bribes in return for not appearing in court as a witness, U.S. Attorney Barbara L. McQuade announced today.

McQuade was joined in the announcement by FBI Special Agent in Charge Robert D. Foley, III.

During a hearing before U.S. District Judge Avern Cohn, Anthony Bynum, 29, of Highland Park, Michigan, admitted that he and another Highland Park police officer accepted a $10,000 bribe from a man they had arrested on gun charges in return for agreeing not to appear as witnesses at the man’s November 7, 2012 criminal trial.

Bynum also admitted that in late 2012 and early 2013, he agreed with three other Highland Park police officers to take money in exchange for protecting shipments of cocaine. Bynum admitted that on November 15, 2012, he and another Highland Park police officer protected and delivered a shipment of what they believed were two kilograms of cocaine in exchange for $1,500 in cash. Bynum further admitted that on January 23, 2013, he protected two cars containing what he believed to be a total of four kilograms of cocaine. Bynum brought his police badge and gun to protect the shipments. Two other Highland Park police officers drove the cars containing what they believed to be cocaine. Later, Bynum accepted $1,500 in cash from an FBI informant for his work in delivering and protecting the drug shipment.

United States Attorney McQuade said, “Police officers who take bribes have no place in law enforcement. They will be prosecuted for violating their duties to serve the public.”

FBI Special Agent in Charge Foley stated, “Police officers who swear an oath to serve and protect must be held to the highest standards of ethics and integrity. The FBI is committed to ensuring those standards are maintained, and in cases of unlawful abuse, will pursue and prosecute those responsible.”

Based on his guilty plea and felony conviction for conspiring to commit bribery and extortion, Bynum is facing a maximum of five years in prison and a fine of up to $250,000.

Thus far, three out of the four former Highland Park police officers arrested for extortion and bribery in this investigation have pleaded guilty.

The case was investigated by agents of the FBI. It is being prosecuted by Assistant United States Attorney David A. Gardey.