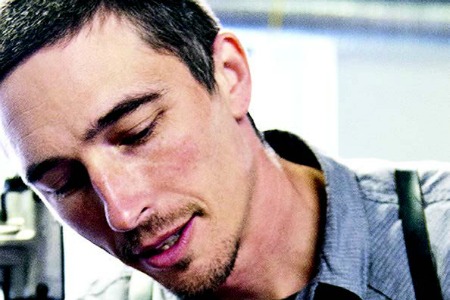 Shinola, currently headquartered in the College for Creative Studies’ Alfred E. Taubman Center for Design Education at 485 W. Milwaukee St., manufactures bicycles, watches, leather goods and journals.
All are 100 percent U.S. made.
Why set up shop in Detroit? Shinola CEO Heath Carr said the original idea behind the company was creating a made in America accessories company.
“We wanted to localize that to a community, so we knew we needed to pick a community to be part of,” Carr said.
The company researched cities known for manufacturing. Detroit was at the top of the list.
Regarding the watches, Carr said the movements are known as the engines.
“So what better place to make engines than Detroit?” he asked.
When Carr and others from Shinola came to visit Detroit, they found everyone to be “wildly helpful and excited” about what they were doing. “I’m not going to lie. Detroit certainly has its challenges, as does every city that anyone wants to do business in,” he said. “But the people we met were all steadfastly focused on the future and not so much worried about the past.”
Carr also said they fell in love with the city.
“So it kind of became a point of ‘why not Detroit?'” Shinola makes two models of bicycle, the three-speed Bixby and the 11-speed Runwell. They are constructed of high-quality steel frames, according to Sky Yaeger, director of bicycle product development.
She said the frames and forks are built in Waterford, Wisconsin, then shipped to Detroit for assembly.
“You have to use a supplier or factory that has experience and knowledge and ability to make a frame and fork,” Yaeger said.
The bicycles are assembled by hand.
Yaeger said there will be other models in the long term, but as Shinola just introduced the Bixby and Runwell, it’s too early to say when that would happen.
She also doesn’t expect the company to build kids’ bikes.
“Typically, kids’ bikes are much cheaper than adult bicycles, so I don’t really see us long-term getting into kids’ bikes,” she said.
According to the Shinola website, the Bixby sells for $1,950, the Runwell for $2,950. Asked if there was any concern that Shinola might be pricing these bikes out of the range of the average person, Yaeger emphasized that the company’s products are 100 percent U.S. made.
“We’re paying American salaries to Americans, with health insurance and benefits, to make our stuff, so the labor rates can’t compete with China,” she said. “It’s just not possible. And it’s not just bikes, obviously, it’s everything.”
She added that the decision to make bicycles in America doesn’t allow Shinola to compete on price with those made overseas, saying the labor rates are the biggest component.
She also emphasized that Shinola’s bikes represent a really good value. “If you take care of these bikes, they will outlast you,” Yaeger said. “You could hand them on to your children. These frames are hand-built by a custom-level builder. So the quality is extremely high.”
During a visit to Shinola’s facility, Yaeger pointed out a 100-year-old steel frame bicycle. She also described the ride quality of steel bikes as “unsurpassed.”
In addition to having steel frames, Shinola bikes have disc brakes and the drive train is an internal shifting mechanism called an internal hub as opposed to the external derailleur typical of multi-speed bicycles. “So, it’s impervious to elements, rain, snow, whatever,” she said.
Yaeger said the existence of bike paths around Detroit should increase awareness that bicycles are a viable way to get exercise, and that they can also be used for transportation.
According to Carr, the bicycling component is a product category Shinola is passionate about.
“I think what we’ll continue to do is innovate, push the designs, and continue to do similar bicycles that we’re doing today, the commuter-type bicycles,” he said.
Currently Shinola has just under 25 employees, who all work in the same facility.
“We have watch and movement assembly; we have the bicycle assembly,” Carr said. “And then we have some design marketing web folks working in the digital world for us.” He added that Shinola plans to expand.
“We’ll need to add another 10 to 12 watch assemblers over the next 90 days or so,” he said. “We’re in the process of doing that, as far as recruiting and training.”
Carr said Shinola does plan to get into other product categories down the road. However, the business will dictate where that goes.
“We have some ideas of where we think we can be in a couple of years,” he said, adding that he wants people to know that Shinola is focused on quality.
“We are very supportive and focused on made in the United States, specifically built in Detroit,” he said. “We’re focused on a quality product. First and foremost it’s quality over quantity. We’ll get quality right, and then we’ll advance that into quantity, to make the business model.”
Shinola takes its name from a shoe polish company of the early to mid 20th century. Carr said the current Shinola took that name because they wanted a brand name that was tied to American history.
He also said they weren’t happy with various names they tried to make up. So, when they found out the Shinola name was available, they decided to buy it. “And it has a deep, rich heritage in the United States,” he said.
Shinola will be opening a retail location at 441 W. Canfield, the site of the former Willys Overland dealership, in the near future (Yaeger said they’re aiming for a June opening), and that all Shinola products will be available. In addition, the bicycles will also be assembled there. Yaeger said people who are shopping will be able to see the assembly taking place. A second planned retail location will be in New York.
Shinola bikes are also available through various bicycle dealers across the U.S. and through the Shinola website. For more information, visit www.Shinola.com.