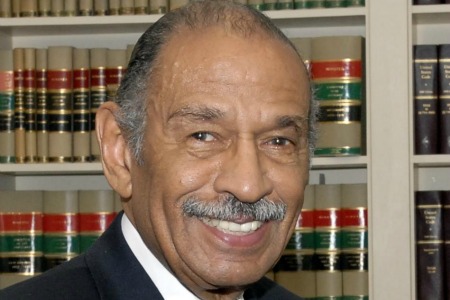 It has been five years since the financial crisis struck, and progress in putting the unemployed back to work still lags, with no end in sight. With almost 12 million Americans unemployed and millions more underemployed, we have waited long enough for government action. Listen to the stories of the unemployed, and you will realize that we are facing a national tragedy that we would never tolerate if it were caused by a natural disaster. The unemployed deserve swift action to address the devastation of unemployment.
During the calamity of the Great Depression, President Franklin D. Roosevelt understood the responsibility government bore to its citizens in a time of need. He recognized that it was unconscionable to allow millions of hardworking Americans to suffer while they waited for the economy to recover. Rather than stand idle in the face of such suffering, he created millions of temporary jobs for the jobless. They built roads and schools and parks. They filled schools with teachers and staffed public health projects. They preserved historic sites and brought music, drama and art to public spaces. They turned a national tragedy into a national revival.
Now is the time for us to implement similar job programs. It is time to put America back to work while we wait for the economy to complete its recovery — repairing America’s infrastructure and improving our communities in the process. We can pay for the jobs we need as we go along with a small tax on the financial sector whose excesses led us into this recession.
To do this, we support HR 1000, the Humphrey-Hawkins Full Employment and Training Act. By advocating for this legislation, we intend to push Congress to take seriously the federal government’s responsibility to put Americans back to work, and we intend to show that it can be done without raising deficits. This 21st-century New Deal strategy, pioneered in programs like the Works Progress Administration and Civilian Conservation Corps, would create 3.1 million to 6.2 million full-time, market-wage jobs with health insurance benefits in the first two years of program operations, plus 1 million to 2 million private sector jobs from increased spending in the economy.
Over the longer run, this act is designed to eliminate the residual joblessness that burdens poor and disadvantaged workers, even in periods of general prosperity. Job vacancy data shows that our economy still suffers from a serious job shortage even when unemployment falls under 5 percent. Despite what many economists say, it is not full employment if there are not enough jobs available for everyone who wants to work. The Humphrey-Hawkins strategy would allow us to close this job gap without triggering the inflationary tendencies that constrain other job-creation strategies at such times.
This initiative would create several times as many jobs per stimulus dollar as alternative stimulus options, such as deficit spending and tax cuts. The jobs would also be created much faster and with a targeted focus where work is most needed. It also would provide American businesses with what they really need — paying customers with steady work. For those who want to see government assistance reduced or not given at all, making sure jobs are available for those who need them is the only solution.
We can put all Americas back to work under this legislation, with alternatives to austerity measures. HR 1000 is deficit-neutral. By imposing a modest financial transaction tax (FTT) on purchases and sales of securities, we would raise revenues projected to total between $110 billion and $220 billion annually. These funds would go into a dedicated trust fund to pay for job creation and job training. Similar transaction taxes are in place throughout the world, and just last year nearly a dozen more European countries adopted some type of FTT.
A thousand economists recently wrote G-20 finance ministers advocating for the adoption of similar FTT, exhibiting the growing consensus supporting these taxes. The federal government must act to put Americans back to work, and if the resistance is concern over increasing debt, instituting a FTT is the solution. It is time to recognize that the levies are so small and wealth in the markets so concentrated that it is only fair to ask Wall Street to pay its fair share to help put America back to work.
Rep. John Conyers Jr. (D-Mich.) is the ranking member of the House Judiciary Committee. Philip L. Harvey is a professor of law and economics at Rutgers University.