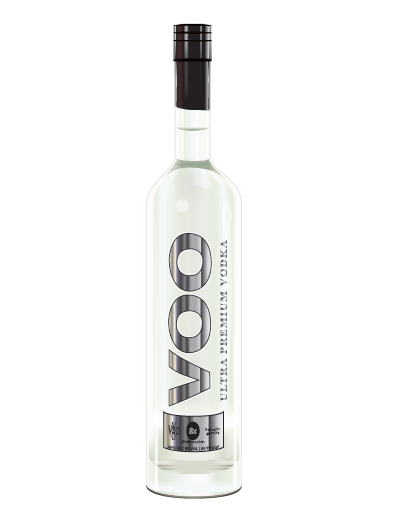 Entering the market is Voo Vodka a premiere spirit distilled in Michigan and available for purchase in Michigan and Nevada today.  The vodka is one of the only vodkas created by an African American and was produced to have the smoothest taste with a mixer optional.

The name Voo Vodka was derived from the word déjà vu and with one sip of this fine ultra premium vodka, a flashback of all the great times in life should occur and most importantly create new ones.  “Voo Vodka was created with a connoisseur in mind,” says founder DeCarlos Stewart.Voo Ultra Premium Vodka is one of the only vodkas that’s distilled eight times from grain which ultimately creates a smooth texture and sweet flavor. The other leading premium vodkas on the market is distilled five times and is usually imported from other countries while Voo Vodka is distilled in the United States at a family owned distillery in Michigan.

During the initial launch Voo Vodka will be available for purchase across Nevada and Michigan but will be expanding to Illinois, Florida, California, New York, and Georgia in the next couple months. The first bottle is offered in 750 ml and comes with a Voo Life VIP card which will gain people living the “Voo Life” V.I.P. Access, special discounts, entry access and more to Voo Vodkaevents and participating establishments.

During the initial launch Voo Vodka will be launching a guerilla style promotional campaign filled with models, billboards, car wraps and more as well as donating a portion of the proceeds to help bring technology to disadvantage children.  Please visit: drinkvoo.com for more information.