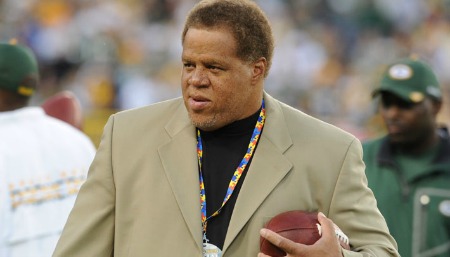 All NFL players, former students, staff and volunteers associated with the Reggie McKenzie Foundation (RMF) are invited to participate in the celebration of the organization’s 40th Annual Football Clinic Reunion.

“I want anyone who has ever been connected with my foundation and its programs to contact us at (313) 869-8081or eblackwell@reggiemckenzie.com.,” said Reggie McKenzie, RMF founder.  “I want them to come out and help us celebrate the organization’s many achievements and contributions.”

A dinner honoring 40 years of the storied clinic will be held on Friday, June 14, 2013, at the Detroit Yacht Club on Belle Isle.  This event will be followed by the RMF flagship the All-Pro football clinic, Tuesday through Thursday, June 18 – June 20 at the Reggie McKenzie Field on Hamilton and Pitkin in Highland Park.

Since its inception four decades ago, the RMF has served more than 50,000 youth, offering them numerous year-round academic, sports and life skills activities, events and programs. Many of the participants have gone on to excel in an array of professions, including football. NFL notables who have participated as youth include Thomas “Pepper” Johnson, Jerome “the Bus” Bettis, Gilbert Brown, Keith McKenzie, Ron Johnson, Dwight Smith, Michael Westbrook, Charlie Williams, Reggie Brown, Rod Jones, Bobby Abrams, Chris Floyd, Ronnie Woolfolk, Braylon Edwards, Anthony Adams and the list goes on.

Reggie McKenzie, a Highland Park native, was an All-American grid iron star at the University of Michigan in the late 1960s, before becoming an All-Pro guard with the Buffalo Bills and Seattle Seahawks in the 1970s and 1980s. Bridging his love for sports, education and helping kids, McKenzie formed his foundation in the early 1970s, feeling that he had to put something back into the community that had given him so much as a youth.