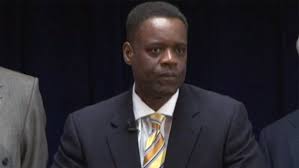 The criticism that the use of consultants getting paid over a million dollars per month to help craft a financial recovery map for Detroit is baseless according to emergency financial manager Kevyn Orr.

Since December of last year, Detroit agreed to pay $14 million to nine different companies to provide financial and legal services in the city’s turnaround.

In an exclusive interview with the Michigan Chronicle’s Bankole Thompson ahead of his Monday announcement of a financial operating plan, Orr vigorously defended the city’s consultants saying it is disingenuous for some to be questioning use of consultants some of whom were here before his arrival.

“I think part of it is Detroit’s been sort of removed from the world. First of all the amount of money that’s paid is actually small relative to other major cities. We shouldn’t be so provincial about the dollars,” Orr said. “We’ve gotten ourselves into a situation where the amount of debt given ordinary course- the way the city has been running- somebody’s got to come in here with a fresh perspective and say we can’t continue running in place, doing what we are doing that’s taken us to the edge of ruin.”

Orr said if the city were to shut down today and no police or fire services in operation as well as the water department, the city could not pay of its debt in half a generation. He said the magnitude of work that has to b done in a city that has over 15 billion dollars of debt against a revenue stream of a billion dollars or less requires new fresh eyes.

“Frankly in my opinion to have the consultants most of whom were here before I got here and to hear any criticism about consultants that have been here longer than a year helping the city is misplaced,” Orr said. “I come from a different world, a world of the private sector where consultants are highly sought after and highly valued. I think the city is getting excellent value for their money. So I’m not for one minute going to broker any discussion with the criticism of these consultants. The city needs them. Clearly we haven’t been doing them the right way. We need somebody us to get there.”

Since Orr took over the reigns of government in Detroit after Gov. Rick Snyder named him emergency manager, many have been waiting to see what “bold” steps would be taken to get the city on a path to financial recovery.

Even though his presence is still being protested by some who disagreed that Detroit does not need an emergency manager, a sentiment that rings true with some of the city’s civil rights activists, Orr in the interview said the numbers about the city’s situation cannot be debated.

The city is in the process of naming a new police chief and Cincinnati’s police boss James Craig, a former Detroit police officer has been widely reported to be the lead candidate to oversee 1300 Beaubien.

Orr has been criticized for stepping out of bounds in seeking a new chief by some who say he needs to remain focus on the city’s financial turnaround alone.

“I think that’s a little shortsighted. Over half of our budget is law enforcement,” Orr explains. “Section Nine of Public Act 436 states both the legislature and the mayor shall stand down. They have no authority under that statue. One of the first things I did was to give them authority. Everybody was focused on they are having a salary. That’s a minor part. The real part is ‘they shall stand down and shall not attempt to exercise any power.’ That’s well within (my obligation). At the end of the day six and a half months from now whatever we have that is going to be my responsibility and it’s going to be on my plate.”