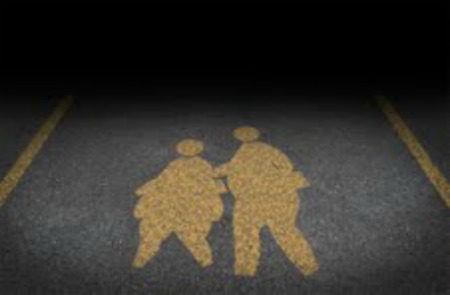 Bring up the issue of obesity – it is an issue – and you’re asking for it.

Try to talk about fat, about being overweight, and controversy soon attaches itself to the conversation, even political controversy.

Some obese Americans resent any effort to point out the health effects of their excess weight on personal appearance or individual freedom, although these adverse results are by now well and thoroughly documented.

Other people, who may not be obese, resent or oppose policymakers who attempt to regulate what we and our children eat and drink as the actions of a “nanny state” that has no business interfering with personal choice. The ongoing dispute over New York Mayor Michael Bloomberg’s efforts to limit the sale of oversized sugary drinks is heated and politically charged over just this point.

In an ideal world, one in which we all were able and willing to take particular care of our own health, while keeping an eye on the greater public good, a few simple guidelines would be enough.

A great example is the so-called 5-2-1-0 plan for a healthy lifestyle, endorsed by the American Academy of Pediatrics. It calls for eating 5 or more fruits and vegetables a day; limiting recreational “screen time” with TV, video and computer games to 2 hours or less; including 1 hour or more of physical activity; and consuming 0 sugary drinks.

In issuing policy statements, I would hope that local, state and federal leaders would make such a healthy lifestyle plan and others part of a high-profile persistent campaign to both capture public awareness of the obesity problem, and offer guidance in how we all can do something about it.

But there is also a compelling argument for going further, such as Bloomberg’s efforts to limit or eliminate the sale of heavily sugared soft drinks in serving sizes as big as a bucket. Beyond the health consequences of such grotesque and conspicuous consumption, we simply can’t afford the public costs of such mislabeled “individual freedom.”

Do we as Americans have the right to eat and drink ourselves to obesity, morbidity and death? Yes, if it stopped there.

But it doesn’t. The U.S. Centers for Disease Control and Prevention cites research in recent years showing the annual medical cost of obesity is more than $148 billion dollars. That’s just the health care tab.

In addition, Reuters has reported that costs of many billions more can be found in everything from huge increases in fuel burned by cars and airplanes to carry heavier passengers, to the $30 billion annual cost of obesity-related “presenteeism” in the workplace – a term coined to describe the one month of productive work lost each year by the under-performance of the very obese.

These and much more are shared societal costs in real dollars, and in staggering amounts.
We can contain them by making dietary and lifestyle choices wisely as free, thinking individuals. But if we shirk the personal responsibilities that go with such freedom, then we invite somebody to make those choices for us.

Because the plain fact is, as a society, we can’t afford for them not to.