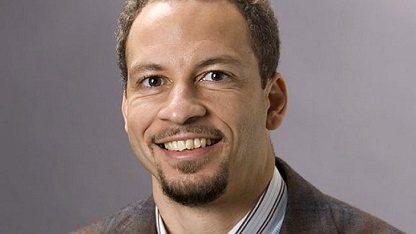 Today on OTL, as part of a larger, wide-ranging discussion on today’s news, I offered my personal opinion as it relates to Christianity, a point of view that I have expressed publicly before. I realize that some people disagree with my opinion and I accept and respect that. As has been the case in the past, my beliefs have not and will not impact my ability to report on the NBA. I believe Jason Collins displayed bravery with his announcement today and I have no objection to him or anyone else playing in the NBA.

ESPN statement on Chris Broussard’s comments on today’s Outside The Lines:

“We regret that a respectful discussion of personal viewpoints became a distraction from today’s news. ESPN is fully committed to diversity and welcomes Jason Collins’ announcement.”

Speaking on ESPN’s Outside The Lines, Chris Broussard declared that Jason Collins, the 34-year-old  NBA center who came out as gay, is in “open rebellion to God” for living an openly homosexual “lifestyle,” reports Think Progress[1].

As previously reported by NewsOne[2], Collins becomes the first pro-athlete of any sports organization to come out as gay — something that apparently upset Broussard so much he had to gay-bash him for the world to see:

Personally, I don’t believe that you can live an openly homosexual lifestyle or an openly, like premarital sex between heterosexuals. If you’re openly living that type of lifestyle, then the Bible says you know them by their fruits. It says that, you know, that’s a sin. If you’re openly living in unrepentant sin, whatever it may be, not just homosexuality, whatever it maybe, I believe that’s walking in open rebellion to God and to Jesus Christ. So I would not characterize that person as a Christian because I don’t think the bible would characterize them as a Christian.

Here’s the thing, Broussard: This conversation is about Collins’ truth, not your bible.

Maybe, Broussard, you should have kept your Jesus in the closet. How’s that for equality?

And to Collins: Congratulations, sir.

One day manhood won’t be measured by vagina count and announcements won’t be necessary. And when that day comes, you will know you helped pave the way for a more inclusive society.