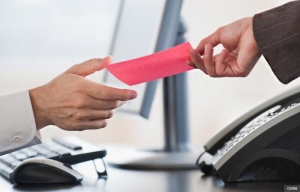 To say that Barbara Garson has led an interesting life is to sell her short, but then, the 71-year-old investigative dynamo is only 4’11”.

After being arrested with Mario Savio and 800 others during Berkeley’s Free Speech movement in 1964, Garson spent 10 days at the Santa Rita prison farm.

By then, her anti-war satire MacBird! had sold more than 500,000 copies and had opened as a play in New York. Garson would go on to write four more plays. One of them, The Dinosaur Door, earned her an Obie Award in 1977. She hasn’t stopped since.

Every dozen years or so, she churns out another book on the plight of working Americans. Her latest, Down the Up Escalator: How the 99% Live in the Great Recession, explores how Americans are coping with theerosion of jobs, homes and savings.

We caught up with Garson by phone in her rent-controlled Manhattan apartment. Barbara Garson: It started with outsourcing and offshoring. Then, firing the air-traffic controllers [in 1981] was a signal that it’s time to break the unions. Plus the mere fact of jobs disappearing tends to lower wages. It increases competition for the jobs that are left. During the latest recession, rather than settling for shorter hours until the recession was over, for example, the clothing store employees I interviewed have had to accept 4.5-hour shifts as the new norm. And they’ve had to kiss their benefits goodbye. This is a national crisis.

AARP: Are things that bad all over?

BG: Well, employers are trying to beat down wages any way they can, and I think that’s really sad. In the U.S., where 70 percent of what we produce we sell to each other, it’s also a way to run out of consumers, but fast.

AARP: “Starting around the mid-1970s,” you write, “the wealth gap widened while hourly wages stagnated or declined.” Why do you think that happened?

BG: I’m no economist, but I think that when foreign competition stiffened in the 1970s, absolute return on capital declined, and going abroad was the solution to that. The lessons of the 1930s had been forgotten, and there was a strong drive to curb the power of unions.

We ’60s activists were certain we could make the world better. But I have written three books now about the lives of American working people. Not only did things not improve for the factory workers I wrote about in my first book, but the stress and indignities they faced at work have been moving up the occupational ladder. White-collar and professional workers have quotas that are constantly being raised, and more and more they are being hired as hourly workers without benefits or security.

I was brought up believing in progress — you know, diseases get cured, each generation does a little better, just how short will the workweek get? I never dreamed I’d live to write about things getting worse.

AARP: Some five years ago when the housing bubble burst, it left more than one-third of California mortgages under water, you write in Down the Up Escalator. You say that two decades of living in that bubble had led people to a different way of thinking about home and debt — different in what way?

BG: So many people in California got swept into the bubble of thinking about their house as an investment. Bibi San Antonio, the mortgage-loan broker I met in Burbank, was in the same house-flipping scheme that she was selling to customers. A lot of people I met in California were planning to profit from their homes, even if it meant they had to move every couple of years.

Tags: AARP, depression, Down the Up Escalator, recession