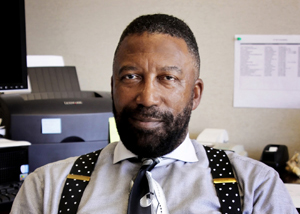 Robert Bobb is a former D.C. city administrator, former president of the D.C. Board of Education and the D.C. State Board of Education, and the former emergency financial manager for Detroit Public Schools. His e-mail address isrobertcbobb@yahoo.com.

The recent 65-count cheating indictment against 35 Atlanta school officials, including the superintendent, has reignited an intense national debate on the use of standardized test scores as a key feature in teacher evaluations. “This says that something about our incentive system and our accountability system is way off,” Randi Weingarten, the president of the American Federation of Teachers, told the Christian Science Monitor. The Post’s Valerie Strauss called the scandal “the result of test-obsessed school reform.”

The Atlanta case may seem to be all about teachers and administrators who faked students’ test scores to improve their own ratings. But that analysis is far too narrow. The problem in Atlanta is, simply, corruption.

An exploding culture of corruption imperils public education in the United States. Financial misconduct and outright theft are depleting and misdirecting resources critical for the nation’s children to secure the skills and tools they’ll need to become solid citizens and global competitors.

Nevertheless, these issues have been ignored by many education reformers. I did the same thing until 2009, when I was named emergency financial manager of Detroit Public Schools, which was running a sizable deficit. I soon learned that Detroit, like Atlanta and other major urban school districts, had far broader problems.

In Atlanta, Superintendent Beverly Hall and cohorts were determined to register dramatic hikes in test scores, not necessarily to enhance the quality of education. Motivated by the money available from promotions and performance bonuses, the indictment charges, they systematically changed students’ answers. The results were large numbers of wrong-to-right erasures and incredibly high scores. At one school, the math scores for eighth-graders went from a 24 percent proficiency rate one year to 86 percent the next. Those faked achievements helped Hall rake in $500,000 in bonuses, according to the indictment.

Money also animated Sherry Washington in Detroit — an art gallery owner who was perceived as an ally of the city’s less fortunate. Behind that facade, she was scamming the system. According to news media reports, between 2005 and 2006 she and others used a kickback scheme involving a “wellness” program to steal $3.3 million from the schools.

Indeed, I found Detroit Public Schools to be a magnificent vessel of wholesale theft and graft. Not one area of management escaped the thieves and defrauders: One high school food service worker stuffed as much as $200 daily from lunchroom sales into her apron and bra. A teacher and her mother, a contract accountant, placed $500,000 worth of orders for supplies from a sham company they had created. Ten people collectively stole more than 1,500 laptops. Even sworn police officers assigned to my security detail committed fraud, submitting phony overtime reports.

I chose a former FBI executive as my inspector general to root out waste, fraud and abuse. The laptop thieves were charged with operating a criminal enterprise under the Racketeer Influenced and Corrupt Organizations Act. Many culprits pleaded guilty or were convicted by a jury. Washington was sentenced to seven years in prison.

Meanwhile, children suffered. In 2010, more than 60 percent of Detroit fourth-graders and 77 percent of eighth-graders scored below basic levels in mathematics, according to the National Assessment of Education Progress.

There may have been some cases of test cheating in Michigan, but they were not a factor in the systematic corruption found in the Detroit schools. Still, the damage to children was considerable and insidious — as it was in El Paso, where Superintendent Lorenzo Garcia was sentenced last year to more than three years in prison for, among other things, encouraging low-performing students to drop out of school.

Statistics as abysmal as Detroit’s are recorded in Atlanta’s public schools and even in those in the District — which points to another way that school management lets our children down. Advocates repeatedly have asked, Why, with billion-dollar school budgets, aren’t children in public schools performing better? How is the money being spent? Are the expenditures having any measurable effect on the quality of teaching and learning?

Unfortunately, officials have yet to fully investigate spending throughout the entire edu
cation ecosystem. They have fixated almost exclusively on teachers — certification, performance, evaluation and, yes, cheating. Some have homed in on unions, arguing that they stand in the way of change.

Atlanta, Detroit, El Paso and other places that show signs and strong evidence of corruption are sending an important message to advocates and leaders: Expand focus and clean house.

For the sake of the nation’s children and its future, education reformers must begin to examine governance structures and the quality of management in public schools, including the handling of funds, distribution of bonuses and failed educational outcomes despite massive investments.