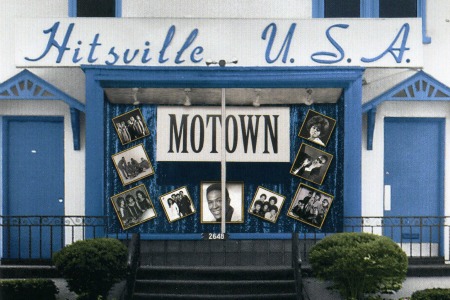 The Motown Museum is proudly offering free admission for the community to celebrate its annual Esther Gordy Edwards Community Day this Thursday, April 25, 2013.
Community Day is held to celebrate the life and legacy of the late Mrs. Edwards, who is best remembered as a Motown executive, sister of Motown records founder Berry Gordy and the founder of the Motown Museum. Her career in the music industry was followed by an illustrious second career as an entrepreneur, business leader and influential member of several Detroit and nationally recognized institutions. She was also a nationally recognized philanthropist, mentor to women in business and a staunch advocate for the city of Detroit.
This year’s Community Day celebration promises to be particularly momentous as it falls on the heels of the recently restored 1877 Steinway grand piano’s return to the Museum and the opening of Motown: The Musical on Broadway.
The internationally documented story of the restoration of this historic Motown piano—played by the likes of Marvin Gaye, Earl Van Dyke of the original Funk Brothers, Stevie Wonder and Edwin Starr—began when Paul McCartney visited Motown Museum in July of 2011 and was so moved by its musical aura that he later declared it to be the “Holy Grail.” The next day, after his concert in Detroit, McCartney called the Museum to offer his support in restoring the historic piano. It was then transported to New York in the fall of 2011 where it was restored to professional recording quality with all of its internal components—including its soundboard, keys, hammers, pins, and strings restored at the Steinway & Sons factory.
The newly-restored piano made its official debut when it was played by Paul McCartney and Berry Gordy for the first time at an event to benefit the Motown Museum in September 2012 at Steinway Hall in New York City with 100 patrons of the Museum in attendance. The piano returned to its home inside the Museum earlier this month.
Community Day will also feature musical performances by Detroit Public Schools performing arts students, many of whom were sent to New York City last weekend for a once-in-a-lifetime opportunity to see Motown: The Musical on Broadway and meet the cast, courtesy of the Motown Museum and the Gordy Foundation.
“This is a chance for the community to revisit the birthplace of Motown and experience the Museum’s rare collection of artifacts—including our newly-restored piano,” said Robin R. Terry, granddaughter of Mrs. Edwards and Chairman of the Board of Trustees of Motown Museum. “We welcome the voices of these talented students, Detroit’s next generation of performers, artists and creators, as we celebrate the living legacy of Motown.”
The Museum is open on Thursday from 10 a.m. – 6 p.m. The students will perform from 11 a.m.-1 p.m.

About Motown Museum
Founded in 1985 by Esther Gordy Edwards, Motown Museum is a 501(c)(3) not for profit, tax-exempt organization in Detroit. The Museum is committed to preserving, protecting and presenting the Motown story through authentic, inspirational and educational experiences.