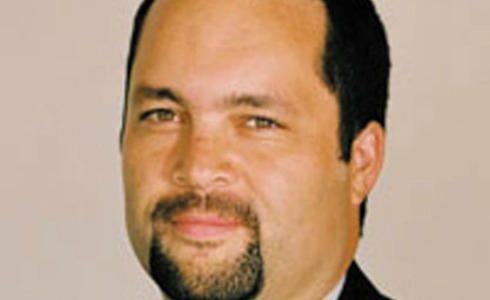 Last week, the Delaware State legislature approved a constitutional amendment to all but remove the last Jim Crow-era voter suppression law from its books.

The amendment, passed at the urging of the Delaware NAACP, allows people with nonviolent felony convictions to vote after their release from prison. This is a major victory for voting rights and a strike against the practice of “felony disenfranchisement”. But it is also a major step forward for a nation still struggling to heal old racial wounds.

Felony disenfranchisement has direct roots in the Jim Crow Era. In the late 19th century, states above and below the Mason-Dixon Line began to find new and creative ways to keep black voters away from the polls. Banning people with felony convictions was one of the solutions.

For example, in 1901 the Commonwealth of Virginia had 147,000 black voters on the rolls. But many lawmakers saw this growing political block as a threat. At that year’s Constitutional Convention, they hatched a plan to disenfranchise African Americans through a combination of black codes and felony disenfranchisement. One legislator said on the record that the plan would “eliminate the darkey as a political factor.”

Ninety years later, Kemba Smith-Pradia was an undergraduate student at Hampton University. She got involved with the wrong crowd and found herself behind bars as an accessory to a nonviolent drug offense. President Clinton granted Kemba executive clemency in 2000, six years into her 24 year sentence. She went on to become a college graduate, law student, mother and foundation president – but until 2012, when her rights were finally restored, not a voter.

When Virginia introduced felony disenfranchisement in 1901, they also expanded the list of felony crimes. By raising the penalty for a number of minor offenses, they planned to lock African Americans in the prison system – and out of the political system. A century later, our drug laws have the same amplifying effect. African Americans are far more likely to be arrested for minor drug crimes, and therefore more likely to have their vote taken away.

The good news is that Delaware and other states are beginning to turn the tide. In Virginia, Governor Bob McDonnell has sped up the review process for those who have finished the terms of their sentence. So far he has restored the votes of more than 4,000 citizens. And Iowa Governor Terry Branstad, who callously eliminated automatic restoration of voting rights early in his term, is now taking steps toward restoring those rights.

These are certainly steps in the right direction, but there is more work to do. Virginia, Iowa, Kentucky, and Florida still allow permanent disenfranchisement, and 44 other states permit some level of felony disenfranchisement. You can learn about the law in your state. If you or someone in your community is affected, you can use that information to educate your family, your community and your elected officials about why this is an important issue.

Felony disenfranchisement is an affront to our democracy. Millions of people like Kemba Smith-Pradida – parents, workers, and community leaders – pay taxes, raise families and contribute to society. But they cannot fully participate in our democracy.

If poll taxes, literacy tests, and gumball-counting tests could be outlawed because of their racist intent, then felony disenfranchisement laws from the same era should be overturned today.

Ben Jealous is president/CEO of the NAACP