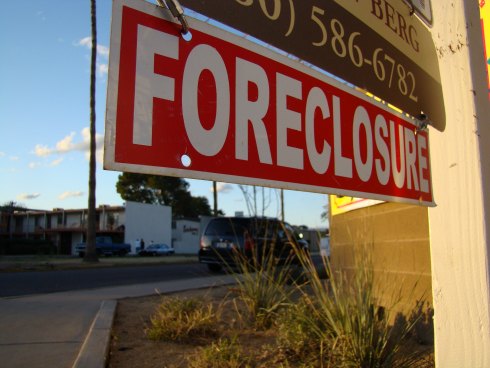 The old saying, “The check is in the mail,”  is often a ruse not worth heeding. But beginning April 12, checks will begin going into the mail for 4.2 million mortgage borrowers who were in the foreclosure process in 2009 or 2010 and who likely experienced robo-signing or other deficiencies by their mortgage servicer.

Initially, the Office of the Comptroller of the Currency (OCC) and the Federal Reserve required servicers to hire consultants to do detailed reviews of borrower case files and determine specific harms that borrowers received to qualify for monetary rewards. This process ultimately became unwieldy, slow and expensive without producing timely benefits to borrowers.

Earlier this year, the OCC and the Federal Reserve negotiated a settlement with 13 mortgage servicers. They agreed to pay a total of $3.6 billion in cash payments ranging from $300 to $125,000 to all affected borrowers. More than 90 percent of the payments due borrowers are expected to be paid by the end of April. Remaining borrowers are expected to be paid no later than mid-July.

The spring 2013 payments will include all but two of the servicers –  Goldman Sachs and Morgan Stanley – agreeing to the settlement. A second and separate announcement in the near future will address payments for the two holdouts

In the meantime, for the other 11 servicers, a payment schedule includes eligible borrowers in any stage of foreclosure in 2009 or 2010 with one of the following servicers, affiliates or subsidiaries: Aurora, Bank of America, Citibank, HSBC, JPMorgan Chase, MetLife Bank, PNC, Sovereign, SunTrust, U.S. Bank and Wells Fargo.

The largest payment of $125,000 is reserved for one of two types of completed foreclosures: military families covered by the Servicemembers Civil Rights Act (SCRA) and loans that servicers foreclosed when borrowers were not in default.

In cases where borrowers were completely foreclosed despite fulfilling all requirements during a trial loan modification plan, or if a servicer failed to convert borrowers to a permanent modification after successfully completing the trial period, a $25,000 payment will be issued.

According to the schedule, additional payments will be made to borrowers experiencing one of the following errors:

Eligible borrowers were recently notified of their eligibility for payments under the settlement. Any borrower who believes he/she may be covered by the agreement should call toll free at 1-888-952-9105 to verify their inclusion and also update their contact information.

Payment acceptance does not remove any borrower’s right to private legal actions. The agreement explicitly denies servicers permission to ask borrowers to sign a waiver of any legal claims in exchange for payment.

Any borrower needing foreclosure prevention assistance is encouraged to contact the Homeowner’s HOPE Hotline at 888-995-HOPE (4673), or visit www.makinghomeaffordable.gov.

Charlene Crowell is a communications manager with the Center for Responsible Lending. She can be reached at: Charlene.crowell@responsiblelending.org.