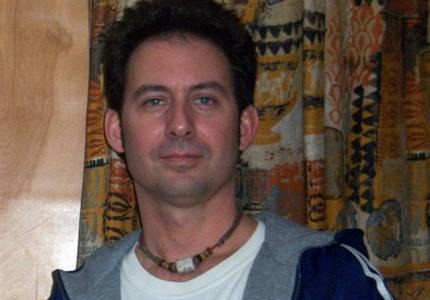 Raw, honest and unapologetic emotion is not the first thing I would have anticipated to witness at a corporate supplier event. My experiences as both a daughter and sister of global automotive purchasing vice presidents and, later, publisher of a business magazine focused on minority supplier development, pointed to a more distant relationship between corporate decision makers and the supplier community. Happily, I’ve discovered that times have changed — dramatically.

Amidst increased pressures for procurement managers to deliver bottom line results, a culture of cooperation has emerged that is benefitting both suppliers and the customers they serve. And nowhere is that more evident than at Blue Cross Blue Shield of Michigan, which spent a record $106 million with minority suppliers in 2012. The achievement required companywide support beginning at the highest level of the organization, according to Daniel J. Loepp, president and CEO of Blue Cross Blue Shield of Michigan, who personally welcomed more than 100 minority suppliers — calling many out by name — to BCBSM’s 8th Annual Diversity Achievement Awards ceremony.

It’s that kind of personal approach and commitment that is fueling the healthcare leader’s growth efforts, according to its leaders. BIGGER RETURNS Given a new McKinsey report that showed U.S. companies with the highest executive-board diversity had returns on equity 95 percent higher and earnings margins 58 percent higher, on average, than those with the least executive diversity, the financially driven argument for greater diversity can no longer be denied. PROFITABLE PROCUREMENT STRATEGIES At BCBSM, corporate procurement executives are transforming the company. Driven by demands to look beyond cost savings, BCBSM managers’ mission to find new and unique ways to deliver value are resulting in unique minority supplier partnerships credited for cost savings and product improvements.

LASTING IMPROVEMENTS Diversity efforts are changing the Blues company culture and its ability to meet new marketplace demands. “Diversity is a part of our company culture,” said Loepp. “It has become an integral part of our everyday practices throughout the organization and, as a consequence, led to competitive advantages in the marketplace.”

Again and again, Blue Cross executives extolled suppliers who met tough business challenges, some within weeks of the original request, on time and under budget. SHARING THE LOAD Interdisciplinary teams within the Blues organization were also recognized for their cross-functional efforts to deliver radical, out-of-the-box solutions that embrace the organization’s lean principles. Its Information Technology (IT) Division implemented a mentoring program that reached more than 120 employees and leaders, creating a multiplier effect of diversity champions within the organization.

Bartech, minority- owned workforce management and staffing solutions company, is credited with helping the Blues implement its new PeopleSoft Services Procurement module, which changed the tools and processes for procuring contingent labor. The program was a success, in large part because of their partnership with Bartech, according to Kathryn Levine, VP, Corporate Marketing and Customer Experience, Blue Cross Blue Shield of Michigan. “Our team gained new business insights as a result of our relationship with Bartech, which extended far beyond a typical vendor relationship,” she said. Working among cross-cultural teams, across business units and with external leaders is proving profitable at Blue Cross and, in turn, is driving minority business growth throughout the state. And that’s good business for us all.

Editor’s note: Jackie Berg, the former publisher of the Michigan Minority Business Development Council’s (MMBDC) Michigan Business Network magazine, has covered minority supplier development efforts for more than 20 years. She is the CMO of the Michigan Chronicle and publisher