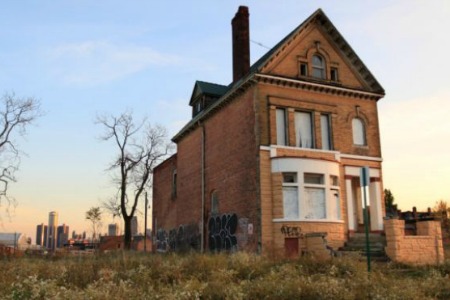 Who supports an EFM in Detroit?

Judging the recent public protests and media reports, one might assume that no one does.

Several familiar faces have come out against Snyder’s decision to appoint an emergency manager. Civil rights titans like Jesse Jackson and Al Sharpton have expressed their disapproval, and the buck does not stop there.

Many local leaders have summoned citizens to protest, alleging that a state takeover is an “attack on democracy “. Yet, does such opposition tell the complete story?

A recent poll conducted by the Michigan Chronicle found that of 400 individuals surveyed, nearly half support an EFM. Most of those in favor were between the ages of 41 and 50. This prompts one to consider, what’s behind this segment of the population’s support of a state takeover?

Some Detroiters in favor of an emergency manager believe it’s what’s needed to bring city government together to resolve it’s issues. They suggest that until now, voter-appointed leaders have been unable to get the job done on their own.

Lavaughn Carter, 40, currently works in sales and customer service. While he denies such demographic factors influence his stance, Carter says he supports an EFM for several different reasons. He does not believe an emergency manager takes away democratic rights. Carter referenced Roy Roberts’ appointment as such for the Detroit Public Schools system. He called attention to the fact that the school board is still in place and involved with the process of restructuring. Carter believes the mayor and city council will continue to play a similarly vital role.

“The only difference, they won’t have their pens to the checkbook.”

Carter questioned the necessity of elected officials’ having to know what the financial manager will do next, considering that their failure to properly act is what caused the city’s money troubles in the first place.

“The EFM is here to restore Detroit’s finances so that the assets outweigh the liabilities, and not vice versa.”

Carter believes the governor’s most recent appointment might be just what the city needs to establish and sustain new growth. He referenced a fear among some Detroit workers that the EFM poses a threat to their union contracts. Carter, however asserts that he hopes Kevyn Orr‘s appointment will improve conditions by possibly re-negotiating terms for city employees.

Detroiters who support an emergency manager are fed up with the status quo. They believe it will take outside action to resolve the city’s biggest challenges. It’s an uphill battle that many are afraid the current system cannot win on its own.

“I am in support of whatever will get our city back on track. Thus far, I have not seen that our mayor and city council members are capable of working together to get this done… so I look at the EFM as a mediator for the two parties”, said Stephanie Keith-Flanagan, 49, who is an insurance agent.

Residents have grown tired of the current landscape of our city’s political scene While many support an emergency manager, or are at least optimistic about what it might bring to the city, they also recognize it takes an entire community to rebuild. The EFM alone cannot resolve our challenges. No single person can revolutionize a fragmented system without the input of others.

While asserting that she is skeptical about all that encompasses government, Flanagan nevertheless maintains a positive attitude.

“I would hope that this will be a good thing.”

It’s going to require a collective effort, yet Detroiters remain split on their thoughts regarding a state takeover. Whether residents agree with Gov. Snyder’s decision, many contend it doesn’t impact their choice to stay in the city. The Michigan Chronicle poll revealed that 75 percent of the people surveyed said the appointment of an emergency manager won’t cause them to flee Detroit.

Anthony Person, 40, is a business owner who works in traffic safety. Person says he isn’t going anywhere. He’s too focused on what’s to come, and an emergency manager does not nearly dampen his hopes.

“Change is coming to Detroit anyhow, and I’m betting the change will be good for everyone”, said Person.

Detroiters are eager to witness what they hope will be a new sense of prosperity. For many, the downtown boom and new business ventures coming to the area will mean positive results for everyone.

Out with the old, and in with the new! That statement describes the collective sentiment of a city where residents are tired of corruption, crime and poverty. MC poll results reveal that public safety is a major concern for Detroiters. Improving quality of life stands as one of the most important challenges to overcome.

“What will make me stay or leave is my level of not feeling safe, city services, police response, EMS response and the cities ability to quit creating an environment of corruption and greed… no one wants to stay in this kind of an environment.”

Detroiters hope that change coming the city will resolve such issues.

“[We need] a real solution that will reduce crime.”

Opinions might be split, however one thing all Detroiters can agree on is a desire to see the city turn around for the better. Whether it be through the work of an emergency manager, elected officials, business leaders or even the common man, residents are eager to witness a resurgence of the power that once defined the Motor City. It’s time to move on and upward, and look forward to brighter days!