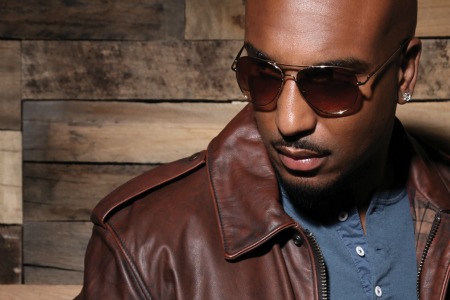 The streets of downtown Detroit and surrounding areas will be jammed packed on Friday, April 5, 2013. Horns will blaze and traffic will cruise along Woodward’s historic brick-laid avenue. Restaurants will serve thousands of excited patrons in standing-room only venues and Detroiters and world baseball lovers alike will show their team spirit and pride as the Detroit Tigers gears up for Opening Day 2013. Nothing says springtime like the start of baseball season. Detroit Tiger’s baseball season. And nothing reflects Detroit like good music and live entertainment. Singer, songwriter, musician and producer Marvin Lee will be part of this year’s hot entertainment line-up and talked with FrontPage Detroit about his latest album and being part of Opening Day.

Congratulations on being part of the entertainment line-up for such a special and world-recognized event. What are your thoughts on that?
Thank you. Well it is really major and I am very excited to participate in such a huge event like this for a city that I was born and raised in.

How did you come to find such a huge opportunity?
Well I started working with promoter Rick Pink of ELIVE Entertainment and we were doing shows at Club Blu and that’s actually where I shot my first music video a few weeks ago. And he is now the promoter of Club 350 Terrace on top of the Music Hall. It’s on the roof-top and so it will be a very nice venue for the city of Detroit. It’s really in the heart of everything and overlooking Comerica Park. So the night games, summer action and night party scenes will be awesome.

That really gives your listeners a taste of everything.
Definitely. There is a variety and diverse mixture as far as the energy levels that are set. It’s the kind of music that you can ride to in the car and play in the bedroom.

What can people expect from you on Opening Day? Where will you be located and how many sets are you going to perform?
I am doing two of my songs and we will be on top of the terrace at the Detroit Music Hall.

What other plans to do you have for your music right now?
Well my first video will be released in a few weeks and then I am doing another video in June. After that, I will be performing as much as possible. I am releasing another single with a radio station in Reno, Nevada and so I am just pushing my career.

You are a father, personal trainer and musician. How do you balance all of that?
It’s just my work ethic. I know that I have to apply myself and put forth the effort and make things happen for myself. Music is my passion and fitness is my passion. The hard work really becomes natural for me.

What makes your music different?
The entire musical experience is energy, passion, lust and emotion. It is just different and that really coincides with the title of my album which is called ‘This is My Melody’. The album will be released later this summer. Right now I am the number one pop artist in the state on reverbnation.com and then I am number 37 in the country and in the top 100 in the world. The world has really accepted the music so far and this is really just the beginning.