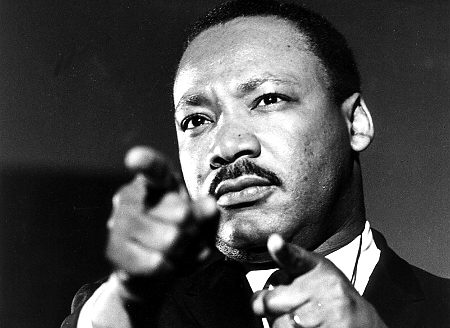 ​Apr. 4 marks the 45th anniversary of the assassination of Dr. Martin Luther King Jr. As we recall one of the darkest days in history, we cannot help but marvel at the light his work ushered in to bring about change.

The past year has been one of many moments that would make Dr. King proud. From the second inauguration of America’s first black president, Barack Obama to the established D.C. monument commemorating the legacy of fellow civil rights titan Rosa Parks. These recent occurrences would surely put a smile on the fallen leader’s face.

Yet-and-still, our country continues to face its struggles. No society is perfect, and we’ve come along way but have a distance to go. If you turn on the television, you’re sure to be reminded of everyday events that threaten the core values MLK sought to ensure for all. Crime, poverty and despair continue to threaten the livelihood of our citizenry. Minorities are still disproportionately affected by such grievances. Justice and equality remain front and center as issues of grave importance. New groups have emerged since the days of Dr. King that vow to retain the same rights once most critical to the 1960’s struggle.

What would Dr. King say about our level of activism given society’s current condition? Would he believe we’ve truly reached the “promise land” he envisioned?

These questions may never be accurately answered. Yet, my hope is that they at least, inspire you as a reader. How are you creating a legacy that mirrors that of Dr. King? What do you stand for? Are you satisfied with the current state of things, or do you seek change? How will you be the change that you want to see in the world?

As we commemorate MLK, we focus not on how he died but rather the way he lived. His tireless work and dedication is a part of history that’s deeply ingrained in the minds of several generations. We’ve become well acquainted with Dr. King’s legacy. The question is, what will be yours?