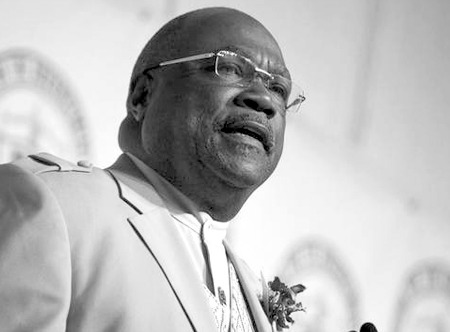 Strategies of how to best turn around, grow and rebrand the vity of Detroit have been proposed and discussed in local and regional forums over the last two decades.

With the city’s plummeting population, eroding tax base, rising crime, high unemployment and many blighted neighborhoods, thoughts on how to fix Detroit have varied in scope and boldness.

On Wednesday, March 27, Central Michigan University Global Campus in Dearborn hosted a provocative town hall debate to offer ideas on how to transform Detroit into a prosperous metropolis. Titled “Turnaround in the City of Detroit,” the event featured two panels. Panel one consisted of CMU students Brandi Crosby, Dennis Hoy, Jamal Moore and Christopher Lawrence Smith, all of whom are enrolled in the school’s Master of Science in Administration (MSA) graduate program. Panel two was comprised of representatives from Foster McCollum White (FMW), a Troy-based political, governmental affairs and organizational development consulting firm. Panelists were Eric Foster, FMW’s president, co-founder and partner, and Jason Cole, a FMW associate.

Serving as one moderator for the event was Bishop Ben Gibert, senior pastor, Detroit World Outreach Church, who has also held top leadership positions with the Big 3 automakers. Darnell D. Jackson, senior vice president and financial advisor for Morgan Stanley Smith Barney, also served as a moderator. Jackson has had extensive success in facilitating and managing public and corporate finance projects to the tune of more than $9.5 billion.

CMU students articulated a five-year transformation plan for turning Detroit around. The students’ plan calls for the city to enter into bankruptcy, create a massive regional transit authority, implement county-wide policing, adopt cutting-edge technology, adopt an alignment of 10-city clusters, remap the distribution of city services, implement an aggressive immigration program, and launch a national and international marketing campaign. As a result, the city’s population would grow from the current figure of around 713,777 to over 850,000. Students believe that in five years, city residents will see an annual rise in household income from $28,000 to $35,000, while experiencing a decrease in violent crimes.

“We believe to grow, the city should start over,” Hoy told a packed room of CMU Global students and other stakeholders. “We should start with a clean slate from a prepackaged Chapter 9 bankruptcy. This will assist the city in restructuring its debt and would protect the city against creditors. We don’t have cash. We need some type of government assistance to simulate our local economy, similar to what was done to save the banks, GM and Chrysler. We feel that the city can’t cut its way to prosperity. We believe that key bonds should be eliminated and CBAs (collected bargaining agreements) renegotiated. We feel that improved state and regional cooperation is needed for real fiscal solutions. We also believe that having an emergency financial manager is good for the city.”

FMW’s presenters also laid out their vision based on the firm’s 17-point strategy. Some key points presented were to separate EMS from the Fire Department and implement billing model changes for service options and expand units to excess medical treatment and transport capacity; use the city’s 2012-21013 fiscal year budget — based on potential realized revenue opportunities — to yield a surplus of $369,649,387 to fund nine city departments, inclusive of police, fire, EMS, recreation, building safety and engineering, law, human resources, budget, public works; and sell off all excess physical infrastructure and land inventory for down payment on long-term debt.

“We believe that in order to make the city grow, you have to make the city work,” Foster said. “We have revenue that’s coming into the city, but we are so leveraged in negative ways. We have to free up cash. We have to reduce the number of fiduciary responsible operating departments. The city is technically trying to fund over 40 agencies and departments, similar to what we did during Mayor Young’s days in office. We don’t have the revenue now to sustain so many departments. We have to get down to a responsible number of agencies that the city can manage and let the others go to an authority.

“We have to improve funding streams to departments that impact buying decisions and what monies are left must be put into core agencies such as police, fire and recreation. We have to push for legislative changes that will support private-public partnership.”

The town hall debate was based on the “Debt and Equity Restructuring…City of Detroit Turnaround Case Study Project,” which was researched and prepared by Dr. Clarence Nixon, Jr., a CMU Global program instructor and founder and CEO of Technology Laboratory & Professional Development Center.

“It gives me great pleasure to have worked with our great group of students in writing this case study that should be near and dear to all of our hearts,” said Nixon. “Never in the history of this city has there been an opportunity like this. We now have an opportunity to put our stamp and mark on how to turn around Detroit. That was the whole idea behind writing the case study and holding this town hall debate.”