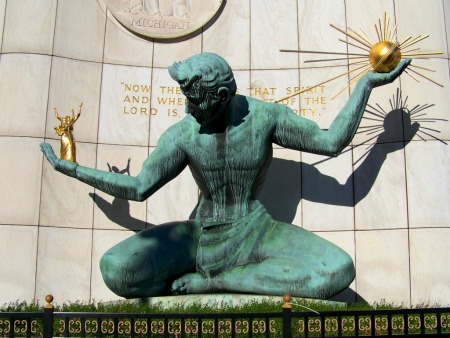 While they did not get inside the area, opponents vowed they will not stop until their voting rights are restored, and the EFM law is repealed. Part of the group was Rev. Charles Williams, leader of the Historic King Solomon Baptist Church in Detroit and president of Al Sharpton‘s National Action Network in Michigan. Williams was also part of a protest that took place early last week in the city-county building’s lobby.

Just how the federal government will respond to public outcry against an EFM remains unknown. Yet, one thing is for sure. Civic disapproval continues to mount, and protesters show no signs of letting up any time soon.