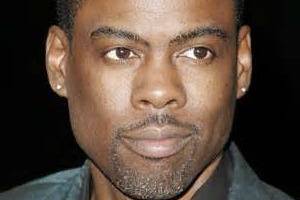 This week, while watching March Madness, that multi-billion dollar professional sports extravaganza that pretends to be an amateur sports league, Rock made some interesting and powerful remarks about what he was witnessing on television. Rock, a man who clearly understands the entertainment business, likely found himself confused about how a show can attract tens of millions of viewers without paying its star performers.

Speaking from his Facebook page, Rock had this to say:

“So I’m watching the Kansas North Carolina game on tv .And I notice there are 9 Black players and 1 White player btw the White player is amazing. Anyway I look in the stands and everybody is White. Since its known that college sports is big money, one could come to the conclusion that the nine Black and one White player are playing to put 100 thousand White kids though college. I know no one is getting whipped or beaten but economically college sports are no different than slavery. I know a lot of Black intellectuals will say we can do so much more than play ball and we can .But that doesn’t mean we shouldn’t reap the benefits from sports, White kids that go to Syracuse and Georgetown do. These kids should be paid and allowed to get an education for themselves and their families for the rest of there lives. Black people not making money from college sports is like Arabs not making money from oil insane. We have our reparations lottery ticket right in our pocket and were not smart enough to cash it in.”

Everything that Rock says is right on point. The truth about college sports is that the exploitation runs deep, along with serious labor rights violations, in conjunction with operating practices that would be illegal in nearly any other industry in America. Whenever this many fans watch something on television, SOMEONE is getting rich. It’s amazing that those individuals are not the ones actually doing the work.

What I also love about Rock’s remark is that he wasn’t afraid to address the racial elephant in the middle of the room. Many conversations about the unethical nature of collegiate athletics are watered down, focusing solely on graduation rates in a race-neutral sort of way. But the fact is that anyone who follows college sports knows, without a doubt, that black men are typically running the show.

The wealth extraction from the Black community by the NCAA easily exceeds one billion dollars per year. This money could help address failing schools, Black unemployment, urban violence and many of the other issues that plague our community as a result of unchecked poverty and very few economic/educational opportunities. At the very least, it would get a few families out of the projects.

Sonny Vaccaro, the former Nike executive who conceptualized the Air Jordan sneaker, called to tell me about a multi-billion dollar class action lawsuit being filed against the NCAA. The attorneys were licking their chops over the numerous anti-trust violations being committed by the league, which has greedily taken athletes’ images and sold them to video game companies without compensating the players.

The lawsuit, should Vaccaro emerge victorious, could strike a tremendous blow to the toxic cash cow known as the NCAA. But an even faster route to liberation lies right in the hands of players and their families. Should blue chip athletes simply refuse to play without being compensated, then the show (and the money) will all come to a halt. As Chris Rock said, the power is in our hands.

Dr. Boyce Watkins is the founder of the Your Black World Coalition and author of the book, “Black American Money”.