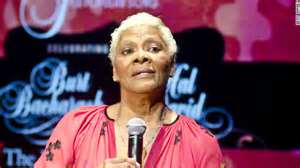 Los Angeles (CNN) — Dionne Warwick, one of the most recognizable pop voices of 1960s, filed for bankruptcy last week citing more than $10 million in tax debt dating back to 1991.

Warwick, 72, made hits out of many Burt Bacharach and Hal David songs and won five Grammys in a 50-year career is down. But the singer is down her last $1,000 in cash and only owns furniture and clothing worth $1,500, according to the Chapter 7 filing in New Jersey.

Along with $7 million in federal IRS debt, Warwick said she owes more than $3 million to the state of California in franchise taxes. Another $500,000 is owed to a lawyer and a business manager, the filing said.

Her annual income was listed at just $20,950, although she is eligible for a pension from the SAG/AFTRA union, the filing said. Warwick listed her employment with Star Girl Productions, an entertainment management company.

She has been touring in recent months, singing her hits for fans in Europe and South America, according to her website.

Other Bacharach/David classics include “Walk on By,” “Anyone Who Had a Heart,” “Message to Michael,” “Promises Promises,” “A House is Not a Home,” “Alfie,” “Say a Little Prayer,” “This Girl’s in Love With You,” “I’ll Never Fall in Love Again,” “Reach Out For Me,” and the theme from “Valley of the Dolls.”