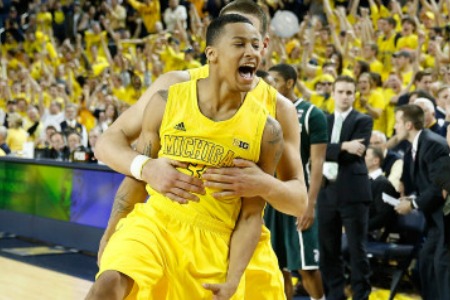 Call in sick, fake an illness or do whatever else you’ve got to do Thursday, because it’s officially tourney time and that bracket deserves your undivided attention. With a slate of awesome team and individual matchups on the docket, here’s a look at the 10 things to watch on the NCAA Tournament’s opening day.

The first round of the tournament is a feeling-out process. The guys who haven’t been there before are trying to remember it’s still just basketball and the guys who have been there before are trying to lead by example. The biggest way nerves can impact a game is in shooting. Defense actually improves because players are energized, but shooting will suffer. This is the best chance for upsets. If a high-seed team that loves the three — Illinois, for example — goes cold, it becomes vulnerable. It’s precisely how Lehigh — a 15 seed last year — toppled Duke in the first round.