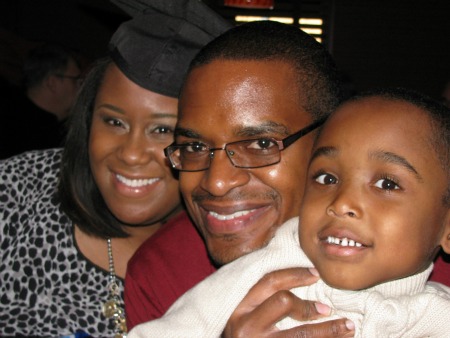 For the more than 80,000 Americans currently on the national waiting list for a kidney transplant, the need for immediate action is real. For Sheila Jackson, the need became urgent almost immediately.

Jackson was diagnosed with Focal Segmental glomerulosclerosis (FSGS) — a form of kidney disease found in about one third of cases diagnosed the U.S. — at the age of 17.

Researchers put FSGS in two categories: primary and secondary. Jackson’s case is classed as a primary, which means that it happened on its own, for no obvious reason. For the majority of other cases, causes include kidney defects from birth, urine backing up into the kidneys, obesity, obstructive sleep apnea, sickle cell anemia and viruses, such as HIV.

Stunned with the diagnosis, Jackson and her family quickly discovered that she counted among the more than 300 Americans diagnosed with kidney disease that day. In Michigan, although African Americans make up only 14 percent of the general population, they make up 45 percent of the dialysis population and 46 percent of the kidney transplant waiting list.

Although daunted, Jackson faced her condition head-on. While doctors told her that she could expect to experience kidney failure within five to seven years of her initial diagnosis, she was determined to live her life as normally as she could for as long as possible.

Jackson quickly learned the dos and don’ts of managing kidney disease, including the importance of taking prescribed medications on schedule, seeing her doctors regularly, getting plenty of rest and exercise and managing her stress levels — including her parents understandable need to “over-protect” her.

“I found a new ‘normal’ in my life,” she states. “I stopped fighting the condition and learned to do everything I could delay (my) kidney failure.”

Despite getting tripped up and faltering in other areas, Jackson consistently maintained her regularly scheduled appointments with her doctors, who carefully monitored her kidney function, blood pressure (hypertension) and blood sugar (diabetes) which, left uncontrolled, can hasten kidney failure.

Jackson, a typical teen, lived life to its fullest. She graduated high school and enrolled in college, where she faced the normal challenges of campus life and the beginning stages of kidney failure, which caused waste products and extra fluids to accumulate in her blood.

By her senior year of college, Jackson managed a typical course load while undergoing dialysis three times a week in order to maintain the functions her kidney could no longer support — from removing the build-up of waste, salt and extra water in her body and helping control her blood pressure to keeping her potassium, sodium and bicarbonate levels safe.

“You have to stay on top of this condition regardless what stage of kidney disease you are experiencing,” says Jackson, who got engaged and married her husband following her graduation from Wayne State University.

Not long after completing her bridal registry, Jackson’s doctors informed her that her kidneys were failing and added her to the national kidney donor registry.

The (then) 25 year old wife who often avoided asking others for help and support was now in desperate need of a very personal donation — a kidney.

Although many of Jackson’s family members and friends willingly lined-up to be tested, none proved to be a match for her. But her husband Jason did.

“I did not want to ask Jason or anyone to make this kind of sacrifice for me,” says Jackson. “But he did and it has turned out to be the greatest gift in our life. We’ve become even closer as a result of his selfless act, and because I was able to undergo a successful kidney transplant, we were able to have our son Donavan.”

Today, Jackson happily works for the Michigan Kidney Foundation, helping others better understand how to prevent kidney disease and, if diagnosed, how to live with the condition.

“I’ve been blessed to have been given 10 additional years of life thanks to my husband’s donation and hope to have many more,” says Jackson.

“For many people, kidney disease is an avoidable condition,” she states. “I share my story in hope that those that can prevent the disease do all that they can to avoid it. And for those facing the disease, I hope that my story provides inspiration that it is a manageable condition.”

“Life is a gift,” she concludes. “We need to do all we can to experience every moment that it has to offer.”

Editor’s Note: For additional information and resources visit the National Kidney Foundation of Michigan at: www.nkfm.org