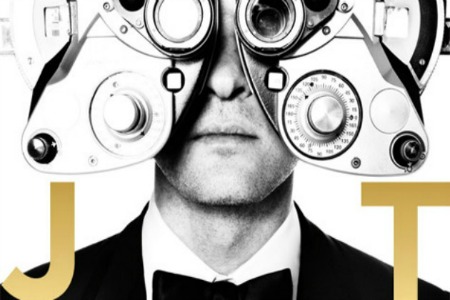 You know an album’s good when everyone starts buzzing about it weeks before your release date, and you make a well-publicized appearance on SNL (Saturday Night Live) as both guest and performer. There’s only one Justin Timberlake, and he’s back in a major way.

“The 20/20 Experience” leaves little room for misinterpretation: it’s brimming with huge ambition (and news just hit the Net that there’s a companion album in the works). This one is meant to be Timberlake’s “Sgt. Pepper’s Lonely Hearts Club Band,” or “Dark Side of the Moon,” namely, he’s pushing an experience that’s album-centric, not single-minded. Nearly everyone recording in pop music today aims for the single (download). It’s how most consumers purchase music, however, “The 20/20 Experience” is really meant to be felt, grooved to, and enjoyed as a continuous musical journey, one track after the other. It’s a neo-soul searching outing that transcends those weighty barriers quite well.

You might already be spinning (is there a digital equivalent for that word?) “Suit & Tie,” but there are plenty more tricks up Mr. Timberlake’s sleeve. The standouts are “Pusher Love Girl,” a song that harkens back to Curtis Mayfield and luscious Barry “The Maestro” White strings, lushly decorating the tapestry and “Blue Ocean Floor,” which has the distinction of being eerie yet beautiful. With eight more tracks to explore, you’ll find plenty to love, and best of all, the quality’s even throughout.

“The 20/20 Experience” bears listening and re-listening, because you simply won’t believe the level of sophistication residing within this hour-long excursion. Timberlake’s voice rides the smoky enclaves of Timbaland’s beats with plenty of instrumental breaks in between (the best tracks average seven minutes). Look no further than Frank Ocean’s “Channel Orange” if you’re searching for an antecedent worthy of comparison, though the two albums have nothing in common, except being contemporaries. Where Ocean cut a path to Stevie Wonder and Prince, Timberlake takes it where Michael Jackson might have gone if he were releasing an album in 2013.

Today, modern soul music has been taken over by the Brits (starting with Amy Winehouse and now Adele), which isn’t such a bad thing. Black artists such as Usher have been content to traverse the 808 beats, dance synths, repetitive kick drum pulsations inherent in most dance music, causing a musical role reversal, a street paved by the likes of Beyonce, and a slew of imitators.

After a six-year absence (“Sexy Back” was almost seven years ago), it never hurts to reach for the sky even if that means falling or failing. But it’s a gamble most artists have to take at some point in their career. “The 20/20 Experience” is Timberlake’s musical role of the dice. And the odds are stacked in his favor.