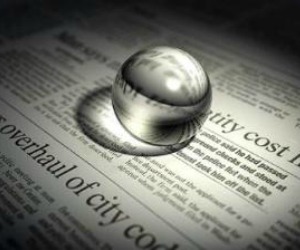 How much exposure to death do we let our children see? The children who were just babies are now coming home and asking, “Who is Osama bin Laden?” “What do we care about Qadafi?”“What was 9/11?” “Why did he need to die?” This raises several questions.

How much should we protect our children from the nativities and realities they will face out in the world? Did schools have the responsibility of teaching current events or to discuss bin Laden? And how can Christian parents explain why the man had to die, when the Bible appears to condemn murder and tells us to love our enemies?

Learning about horrific world events: School, home or church responsibility? After Bin Laden’s death, The Associated Press syndicated a story about how schools across the country were taking time to explain September 11-related topics to the youngest students who would have no recollection. What about slightly older students? Parents with children in public school may or may not know that in the late 1990s, “Outcome Based Education” and “Goals 2000” were established by the U.S. Department of Education as a part of national curriculum. Within the 50 states, various aspects of these guidelines are being employed.

Two main aspects of the program are “feeling based” learning and what’s become known as “social conditioning” in the classroom. Sometimes, it even takes precedent over subject-based learning. Simply put, its premise is that children will be better citizens if they learn how to navigate and react in a global society. But ironically, this very thing can prevent them from learning enough about terrorist attacks.

Valuing diversity and being non-judgmental is now a huge part of classroom curriculum. It is sprinkled throughout lessons on other topics, along with the “everyone gets a trophy” theory and the reluctance of schools to give students failing grades on the grounds that it can wound students’ egos. U.S. students have fallen behind those in other countries in major subjects, partly due to classroom time spent on aspects of political correctness; and partly due to federal testing guidelines that force teachers to drill memorization instead of knowledge, so that schools can look good after tests like the FCATs.

Subjects not getting enough attention include math, history, science and American civics, the latter tying into why students may not know much about what happened on 9/11. I am always stunned into silence by my student’s lack of basic education in school. When speaking to high school and college students as to how uninformed they are about world events, and their lack of critical thinking on them. They’re quite informed about cultural events (movies, cell phones, etc.) but not when it comes to important world events.

I grew up in a family where the news was watched and discussed. I don’t believe this is common anymore. Americans have become increasingly absorbed in their own lives and don’t see the importance of paying attention and developing a Christian worldview on the news. The government educational system – the politically correct, non-objective way of teaching – either ignores ‘potentially offensive’ subjects like this or raises more questions than answers by making sure students see the validity of the ‘other side’s perspective.”

Here are some fast facts:

In September 2010, the National Center for Education Statistics put out their 2006-2007 results. Out of 36 countries, U.S. students were behind 12 countries, including some we consider third-world or tyrannically governed.

The Intercollegiate Studies Institute did a two-year study in 2006 and 2007, “Americans Fail a Basic Test on Their History and Institutions.” ISI interviewed approximately 14,000 students at a variety of U.S schools with 60 questions on American heritage. The average individual score both years was 51.7 to 54.2 percent correct answers.

If these tests were done prior to the practice of not giving anyone a failing grade, these students would have received an “F” in school and would not have passed a basic American history course. In those days, a grade of 60-65 was considered barely passing (“D”).

With schools failing to educate students on history and how world events can impact them, Christian parents and church leaders may want to take on the responsibility to teach their children, especially when such events as the killing of bin Laden raise moral and theological questions.

Was bin Laden’s death murder? Was it wrong?

One of the Ten Commandments listed in Exodus 20 is “thou shalt not murder.” In the Hebrew language, “murder” has a different translation than “kill.” Murder means to spill innocent blood. Christian parents may want to teach this difference to children and teens, while also discussing the need to love all people, show understanding, display the fruit of the Spirit as stated in Galatians 5:22, and learn that vengeance is the Lord’s. We have a fine line to walk.

What do you think?