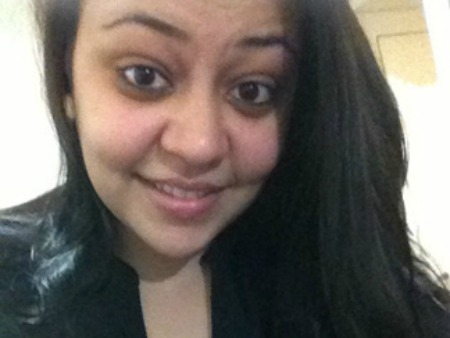 Since 2006, the nonprofit Park West Foundation has helped more than 350 young women and men in the foster care system transition into the “real world.”

According to Program Director Saba Gebrai, the organization partners with the Department of Human Services and contracted agencies that are directly serving young people in foster care, as well as those who are aging out.

Among the services the Park West Foundation provides are helping these youth with housing, transportation, jobs, and clothing. It also provides them with tuition assistance for college.

Gebrai said the foundation was established by Albert and Mitsie Scaglione, the founders of the Park West Gallery in Southfield.

She also said people end up in foster care for a variety of reasons, and not necessarily because the parent or guardian had his or her parental rights revoked. A parent may have died or might be suffering a terminal illness, or he or she is in the military and has been deployed overseas, among other possibilities.

Often children who enter the system are in need of relationships.

“So we form relationships that allow us to identify problems,” she said.

Gebrai added that the foundation has a program called Blue Babies, which helps young adults leaving the foster care system with things like college applications and job skills.

According to Gebrai, youth in foster care are often stigmatized because of a misperception that they’ve committed crimes or otherwise done something wrong, and been sent away as a result.

She added the ironic note that while youth in foster care in general are stigmatized, the fact that a specific young man or woman is in foster care is concealed from schools and communities.

“People aren’t able to identify them, but they are not able to service them as a result,” she said.

One young man, which the foundation didn’t get to work with that well, wrote multiple people in Sterling Heights to find his own foster parents.

“And he graduated successfully from high school to enter Harvard,” she said. “He’s a Michigan foster youth. So there are people who manage to stay out of being just a number in the system. There are kids who manage to graduate from college. But some of those problems still continue. We stay with the young people as long as they’re willing. Even after they’re cut off.”

One young woman being helped by the Park West Foundation is 19-year-old Melitza Del Valle, a freshman at Wayne State University. She’s part of a program called TIP (Transition to Independence), which helps foster care youth.
Wayne State is one of seven schools that receive state funds to assist youth in foster care. The Park West Foundation is a partner of the TIP program.

“It’s a new program, it just started this year,” she said. “Students on campus may not be aware this program exists.”
Del Valle has been in foster care for 12 years. She said when she applied for Wayne State they asked if she’d been in foster care and she said yes.

She subsequently got a phone call from a woman she described as a campus coach who asked her if she needed anything. Del Valle said she didn’t have a bed. About three days later Gebrai came to her apartment with a bed, dresser and kitchen supplies.

Because campus life was too expensive and she didn’t want to take out any loans, Del Valle lived with her sister her first semester, splitting the bills. She got her own apartment the second semester, so she could be closer to campus.
Del Valle said she’d do anything Gebrai asked of her.

“One of the things that’s required of our youth is that they have to do community service,” Gebrai said. “They are very much involved in giving back to the community, so when they have needs, we’re there, and when the community has needs, they’re there.”

In January, Del Valle was one of the lead managers for a project the Park West Foundation co-sponsored called Jump Shot Your Future. Among other things, it let 14-25-year-old youth who are or were in foster care know how to pursue a post-secondary education. Several universities and organizations were involved.

“We had a lot of youth working on it, and she’s one of our number one volunteers that helped to pull it together and make sure youth were aware of this project,” Gebrai said of Del Valle.

Del Valle said she likes that she gets leadership opportunities.

“I think that’s something a lot of young people need to learn at this age, especially when you’re in foster care,” she said. “Because once you’re 18, you’re considered an adult and you don’t get a lot of help. Unless you go into voluntary foster care, where they support you until you’re 21.”

She said she didn’t grow up with a set of parents or even one stable person to raise her and teach her things she needed to know for when she becomes an adult.

“When I get leadership opportunities, I almost feel like that’s me being an adult,” she said.

“She was telling us what to do,” Gebrai said of Del Valle’s responsibilities with Jump Shot Your Future.

She added that another young woman at Wayne State came up with the title.

“To make it cool,” she explained. “That’s another thing, because there’s so many empty promises to youth that they just get discouraged sometimes about good resources. So how do we make it cool for them? The whole concept was designed by them, really. And then we have to get approval from them. Will this work? That’s kind of our secret, that we really let them do the work for a lot of the parts, even in serving each other. A lot of the services we provide, they do it.”

One such service is a “store” that provides everything from clothing to furniture at no cost. Gebrai said previous “stores” had been set up at temporary locations, but there’s a plan to open up two or three permanent ones.

Everyone in the foster care system is notified about these items being available. Those in residential foster care are brought by the workers. Those who are living independently can register and come by themselves.

The Park West Foundation is also helping to provide transportation for the 2013 Michigan Teen Conference, scheduled for June 19-20 at Ferris State University. The event is for youth age 14-21 who are in foster care or who have been in foster care for at least one day. Events include post secondary education options, funding resources, information on rental housing and financial sense.

Students are not only exposed to resources, but also have an opportunity to interact with people from across the state who’ve had similar experiences.

“And to be able to know they’re not alone, but at the same time to have practical resources available for them at a two day conference,” she said.

County Youth in Transition funds and Michigan Youth Opportunities Funding can be used to pay for young men and women to attend the conference, according to a conference flyer.

Asked in what way the Park West Foundation has made a difference for he, personally, Del Valle said the support she’s received has been the biggest thing.

“When you’ve been a foster child for so long, you don’t really have a lot of moral support,” she said, adding that having someone on your side, who wants to see you succeed, is one of the most valuable things.

Del Valle, who is studying pre-pathology and wants to be a forensic pathologist, add
ed that without the Park West Foundation she wouldn’t feel like she could be successful in college. The organization gave her more confidence to want to continue in school.