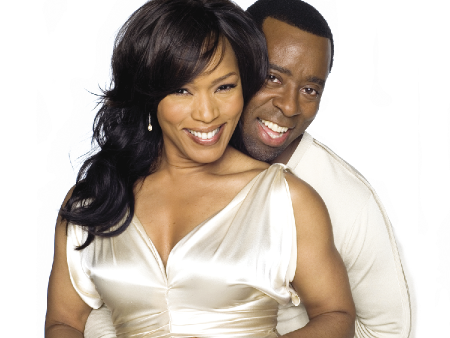 The traditional wedding vows include the words “till death do us part.” Well-intentioned couples, usually in love (or something like it), have been speaking those words for eons. And back in the day, they nearly always meant it.

But with the passage of time things changed. For many reasons, most of them complex, “till death do us part” transitioned into “for as long as we both think it’s a good idea.”

Which goes a long way in explaining why today more marriages fail than succeed, and all the more so in the entertainment industry where egos and insecurities go hand in hand, and frequently clash.

In fact, the terms “show business marriage” and “Hollywood marriage” have long had negative connotations. True, they bring to mind glamour, with all the flashing lights and overly-aggressive reporters. But the terms have also come to be associated with unions of short, and sometimes tumultuous, duration.

But even so, there are exceptions.

FOR EXAMPLE, Marilyn McCoo and Billy Davis Jr., formerly of the 5th Dimension, obviously meant what they were saying during their wedding ceremony. These two, who almost seem to have been born to be together, have been married, amazingly, for 44 years!

The 5th Dimension’s first major hit was “Up, Up and Away.” Maybe that’s what they were thinking when they took their wedding vows.

Bill and Camille Cosby are another long-lasting couple. The legendary comedian/actor/author/producer met future producer Camille Hanks in the early 1960s. At the time she was a student at the University of Maryland and he was in Washington, DC, doing his stand-up comedy act.

Everything seemed right about the relationship, so they married in 1964. The following year Cosby was cast in the landmark TV series “I Spy.”

MEGASTAR actor Denzel Washington met actress Pauletta Pearson on the set of made-for-television movie. They got married in 1983.

In addition to love, commitment, respect, friendship, trust, compromise and all the other things that make for a successful marriage, the Washingtons keep their personal lives and show business separate.

Oh, there is one more thing. Washington joked recently that the real key is, “I do whatever my wife says and keep my mouth shut!”

Academy Award-nominated actress Angela Bassett and Detroit-born actor Courtney B. Vance are a married couple who seem perfect for each other. They married in 1997 but had known each other since 1980.

Vance and Bassett wrote a book about their life together titled “Friends: A Love Story,” published in 2009.

ONE OF THE most unexpected marriages was that of Somalia-born supermodel, entrepreneur and actress Iman and rock icon David Bowie. They were married in 1992 in a most unexpected place, Lausanne, Romandy. (The average person doesn’t even know where that is!)

Another thing that makes their happy marriage out of the ordinary, aside from the obvious, is that Bowie is widely known to be bisexual. (This is not a judgment call, because people are what they are. It is just a statement of fact.)

A hardcore rap superstar and a beautiful superstar diva singer married? That is what happened in 2008 when Beyoncé and Jay-Z took the giant step, but without fanfare. Anyone can see that they each love the ground the other walks on. And talk about being a “power couple”!

Jay-Z began smiling a lot more after he got together with Beyoncé, the lady he has (rightfully) described as “the hardest working woman in show business.”

This marriage is expected to pass the longevity test.

SAMUEL L. JACKSON, who just may be the busiest actor in Hollywood, and LaTanya Richardson have been married since 1980. Jackson and actress and sports channel producer Richardson met when they were both students at Morehouse College.

Jackson said, “I’m a good husband. I’ve been married to the same woman for 33 years.”
No brag, just facts.

Some marriages would surely still be intact today were it not for the fact that one partner passed. Indeed, in these cases it was “until death do us part.”

Nickolas Ashford and Valerie Simpson married in 1974, but had been together for a decade. They were the ideal couple, loving and working together.

Many of the hit songs they wrote seemed to mirror their relationship, including “You’re All Need to Get By,” “Ain’t Nothing Like the Real Thing,” “Your Precious Love,” “Ain’t No Mountain High Enough” and “Solid.”

OSSIE DAVIS, actor, director, playwright, author and poet, and Ruby Dee, actress, playwright, screenwriter, poet and journalist, could have been described as the gold standard of marriage.

They were married in 1948 and were still going strong in 2005 when Davis made his transition.

Davis quipped that one reason their marriage endured for so long was that he always let his wife win the argument — “even when she was wrong.”

Nancy Wilson, one of the greatest songstresses of all time, and one of the classiest, married Rev. Wiley Burton in 1973. Wilson and Burton lived a personal life that was in no way connected to show business, and it worked out beautifully for them.

Smokey Robinson once wrote a song that said, “What love has joined together…nobody can take apart.” And some married couples — even in show business — can attest to that.