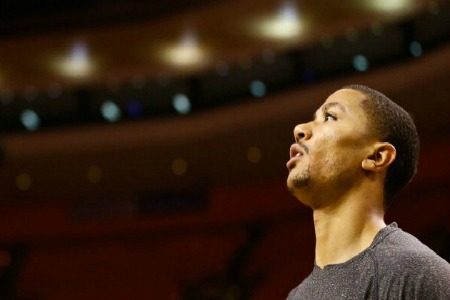 Chicago Bulls MVP Derek Rose allegedly offered to pay a portion of 6-month-old Jonylah Watkins’ funeral expenses. Jonylah was killed while getting her diaper changed by her father after bullets ripped through their car when they were parked.

According to the SunTimes, Rose is working with Leak and Sons Funeral Home.

“On Monday afternoon, Watkins was standing on the curb in the 6500 block of South Maryland, changing his daughter’s diaper on the front passenger seat of a minivan, when a gunman emerged unnoticed from a gangway behind him and opened fire. He and Jonylah were injured. She survived emergency surgery but died Tuesday morning.” -ChicagoSunTimes

I can’t quite wrap my brain around why the millionaire would pay only a portion of the baby’s funeral, instead of just fronting the entire bill, but I guess some is better than none!